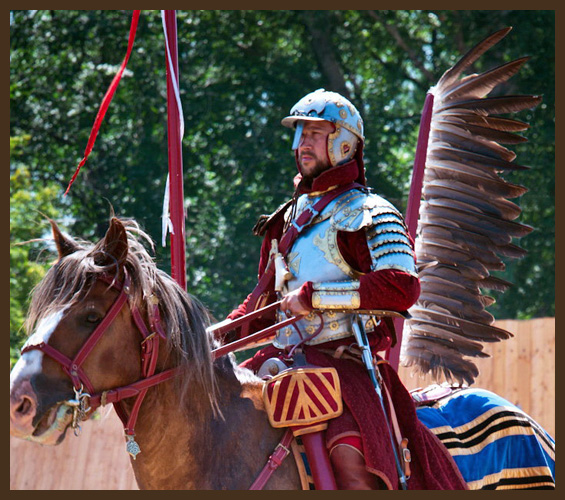 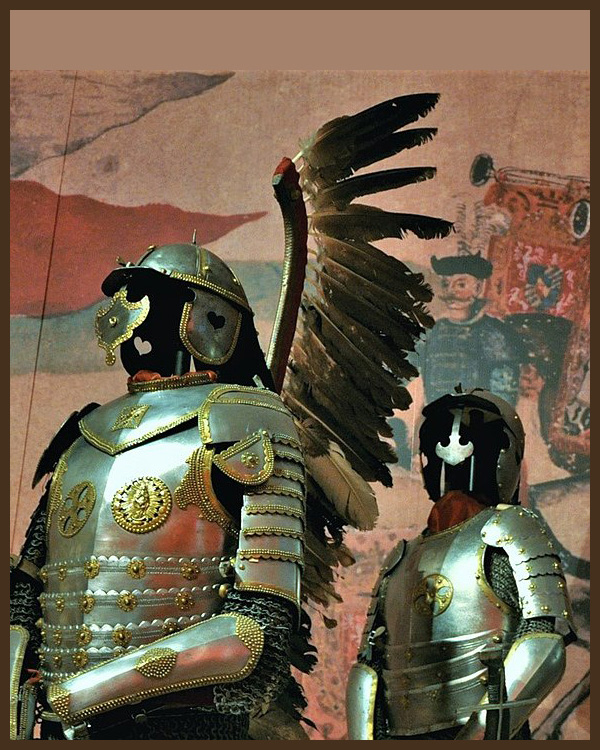 Polish tribal warriors were one the first to be described in books wearing Polish armor and wielding a few weapons. Before learning about the Polish Hussars who were mighty like the Spartans, lets look into quick bits of Polish history.

With minimal archeological evidence, Polish history was reconstructed from the neighboring countries.

The first Polish warriors were those from different tribes. Between the 6th to the 8th centuries, these tribal warriors had spears, bows, war-axes, and shields. Only the chieftains had swords and some sort of armor.

By the 10th and 12th centuries, there were two types of warriors in Poland. Based on records, the first group of warriors were called the loricati.

This group wielded a spear, a sword, and wore a helmet and mail shirt too. They used a shield as well.

The second group was called clipeatus, a term meaning shield bearer. These were foot soldiers armed with a spear, a war-ax, and a bow. Only a few had swords with them. Their Polish armor was simpler than the first group.

In this period, they wore a helmet called the Great Polish which came from Eastern origins. It had many ornaments and was a tall conical headpiece.

This helmet was made from four iron plates riveted to each. It was also covered with copper sheets. Without a frame, they added tufts of horsehair or feathers while they decorated the sides with rosettes.

Attached to this helmet was an aventail. An aventail is a piece of mail that protects the neck and sides of the face.

Also in the 12th century, knighthood began in Poland. Being a knight comes with land tenure. With that, the lord and peasant relationship began at this time too.

Along with the knighthood, they developed armor for these warriors. Hauberks or shirts of mail and iron plates became popular among them. A gravestone in Krakow depicted a knight in full plate armor.

By the 14th century, the development of arms, armor, and tactics continued.

With too many kingdoms wanting to claim parts of Poland, they employed burghers in the cities. These burghers became part of the Polish army.

Burghers were ranks or titles of privileged citizens in each of their towns. Burghers armed their people to support the Polish army in any kind of invasion.

They wore light helmets, mail, and mail-plate armor, then learned how to fight along with the peasants and other citizens.

Nearing the 15th century, the knights had better armor. They wore improved full plate armor and wore a tunic over it.

Besides attached aventails, their helmets changed to bascinets with visors.

But before long, crossbows improved, then black powder and cannon were invented. A suit of plate armor was no longer enough. 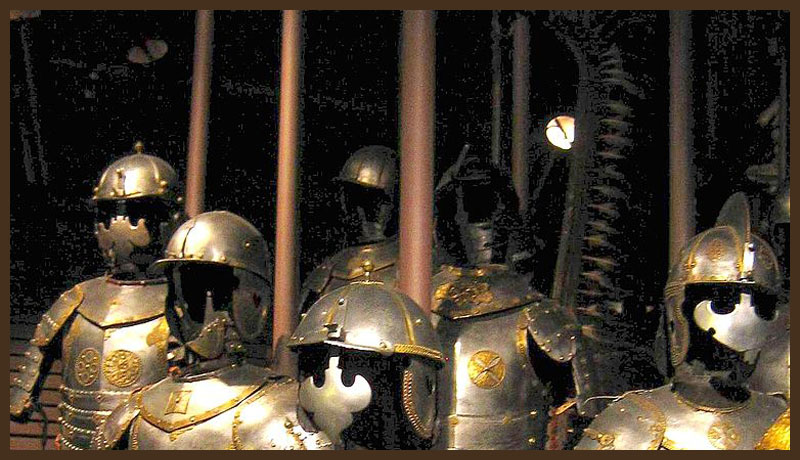 In one of their battles with the Ottomans in 1448, they adapted the Hungarian hussar model. The Polish Hussars appeared soon after.

The Polish hussars modeled their structures from the Hungarians. A Polish horseman had one comrade and four retainers which later on changed to two.

The hussars first became lancers for the army. Though their main weapon was a lance, they also had a short sword and a longsword. Some of them also carried bows.

By 1576, they all carried two pistols with them.

As a strong cavalry, these hussars wore cuirass and helmets as their main Polish armor. The cuirass was made of plates connected by leather. Other cuirass had a solid plate for the upper part with articulated plates for the lower torso.

Their arms were protected with mail sleeves or plates with mail.

They also wore a gorget or metal collar for their necks. Their helmets had a hanging nose guard or nasal bar and cheek-plates protecting the sides of the face. Along with their helmet was a mantle that covered the back of the neck.

In the 16th century, Polish hussars began attaching wings to the back of their armor. No one knew why they did this, but experts say it was their way of scaring their enemies. A psychological attack against their enemies could work.

Hussars used the shock attack tactic. This involves suddenly charging at their enemies at great speed. Any enemy foot soldier would get scared and lose focus. The Polish army has proven this tactic effective many times.

By the 17th century, the designs of their wings became elaborate. They made them from wooden frames that rose about two or three feet from their head. Some hussar wings featured gold or bronze plated designs.

Everyone knows the story of the 300 Spartans who fought against the Persian army. Sadly, not a lot of people know of the Polish hussars who were just as mighty as these Spartans.

In June 1694, Crimean Khanate forces raided the Polish territory pillaging the countryside. An army of 100 hussars and 300 Polish soldiers we sent as reinforcements. Fighting against an initial 700-strong Khanate army, this forced them to go to the village of Hodow.

Overnight, they built their fortress and prepared for the attacks. With an estimated 25,000 Crimean soldiers joining in. Amazingly, the Polish army fought amazingly that the Crimean forces gave up on them and moved out.

Some stories say that the Khanate sent interpreters who told the Polish army to surrender. They sent their response saying come if you can get us. With too much loss on their side, the Crimean Khanate forces decided to retreat and leave the Polish army alone.

Today, the winged armor of the hussars represents the bravado projected in all Polish armor. Despite the use of firearms when the hussars were founded, they continued protecting the Polish territories without fear.

Magnificently preserved Polish armor with hussar wings can be seen in some museums until now. 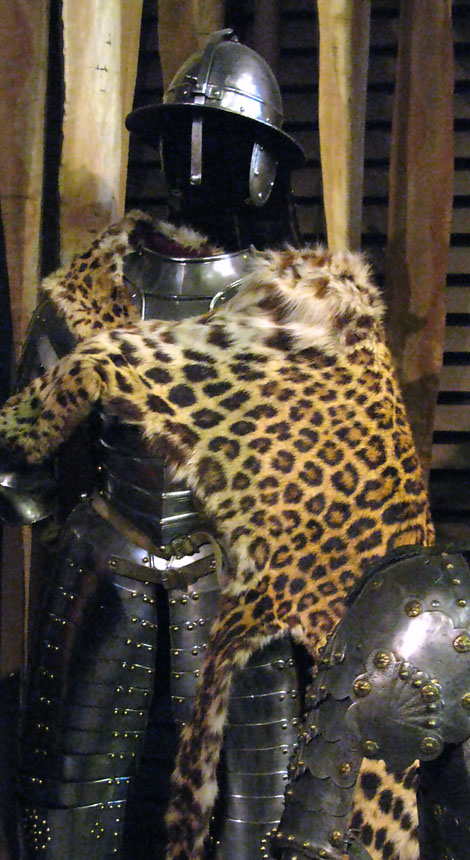