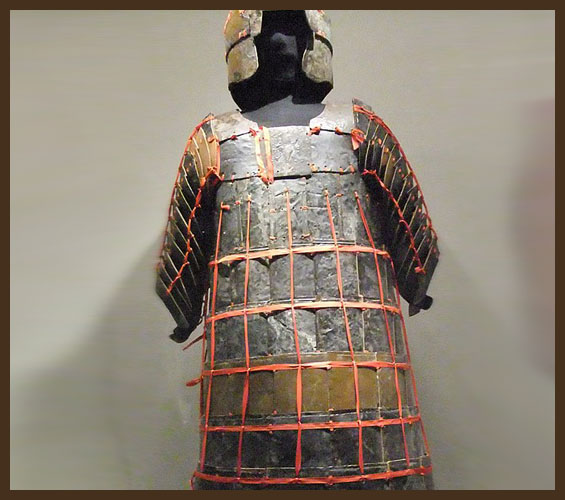 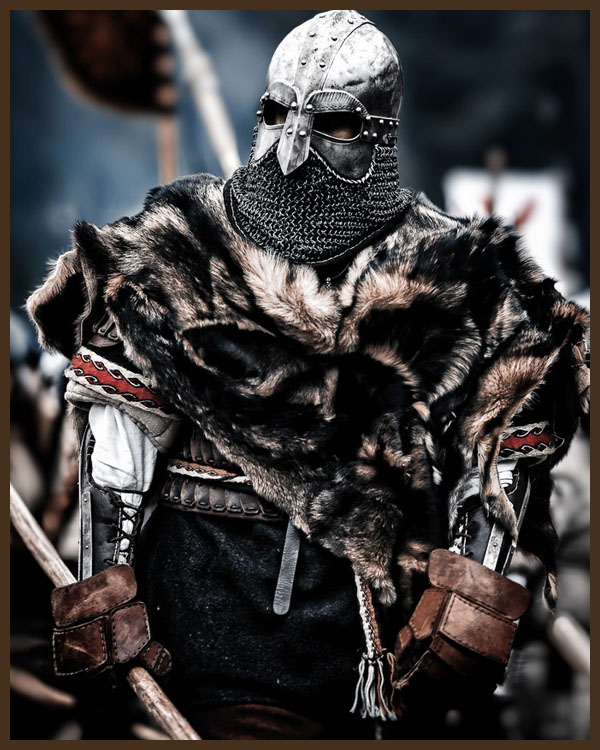 Leather armor was one of the most popular in the Middle Ages. It was popular because it was cheap and easy to find. Leather armor did not take as much skill compared to the ring mail or plate mail. Also, a soldier could easily make his repairs.

Leather was a poor man’s choice of armor. But it didnt mean it couldnt offer protection. So, it was the typical armor used by the lower classes.

Some nobles used leather armor because they couldn’t afford the other expensive pieces. As the later stages of the Middle Ages came, leather became less popular.

Ring mail and plate mail armor became widely used as it became cheaper. Although, a soldier would wear leather armor around their legs or under their ring mail. This is for the soldiers to be mobile.

They used leather armor in different forms throughout the Middle Ages. Even if other armors were popular, the leather had its place on the soldier’s battle gear.

It was either used as an underlayer or an over-layer. It covered parts of the body to ensure the soldier’s protection in battle.

Cuir Bouilli is known as boiled leather. They also called it molded leather or hardened leather. The material is soft and impressed into a mold to give it its desired shape.

It offered additional protection than simple leather. In a vat of oil or molten wax, the leather was boiled and once done, it was shaped. After that, the leather was left to harden and dry.

Compared to metal, leather was lighter and it offered protection from cuts and punctures. Cuir Bouilli was smaller in size, but thicker and tougher once it was boiled. They also made it into chest plates, gauntlets, as well as knee and elbow pads.

Cuir Bouilli was cheap but less effective than plate armor. Although that might be the case, Cuir Bouilli could be reinforced by adding metal bands or strips against slashing blows. They did this in leather helmets and chest armor.

The only problem with Cuir Bouilli was that it did not last long. The boiled leather armor did not do well in bad weather, so it had to be kept dry at all times.

Cuir Bouilli must also be oiled regularly. When the soldier did not maintain this armor well, it began to crack and rot.

A soldier can easily repair Cuir Bouilli on their own. It did not take immense skill to fix the armor. Compared to plate mail, a soldier did not need to find a skilled armorer.

Leather as Base for Armor

There were times where leather armor was not used on its own.

They used it in combination with other armor to provide added protection to the soldier.

Even though the soldier wore a ring mail or plate mail, leather was still an added layer. When there werent mail or plate armor for the legs yet,

This was to have protection and still be fairly mobile in battle.

Brigandine armor was introduced to Europe in the 13th century.

They learned it from the Mongols who invaded Europe in the 13th century.

The Brigandine armor was another form of leather armor, and it featured small metal plates attached to it.

The placement of the plates varied for each armor. It may be attached outside the leather or placed between two layers of leather.

Brigandine became a popular for both common soldiers and nobility.

The plates of the armor were different in size. Some showed larger plates covering the vulnerable areas of the body and were placed around the lungs and the heart.

The Brigandine armor was a cheaper alternative to a suit of armor and chain mail.

The repairing of this armor was cheaper compared to a full plate. Also, it was easily maneuverable while offering protection.

Although the full suit of armor could offer more protection, it was expensive. 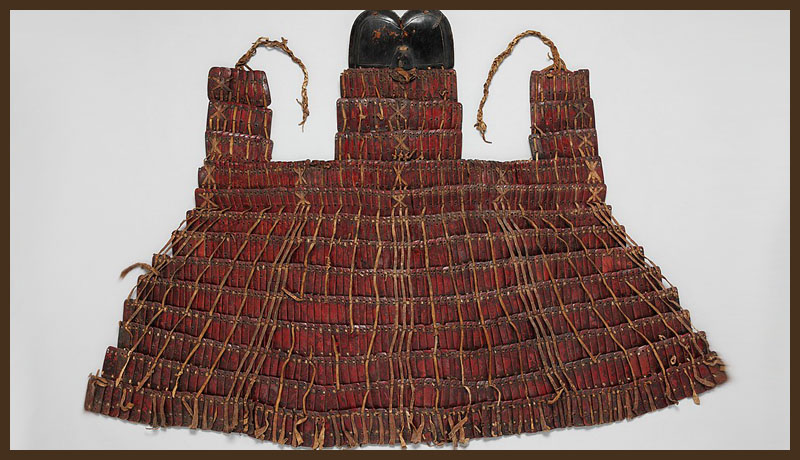 Ring mail armor was known to be completely made of iron rings. Although that might be the case, the earliest ring mail was made in leather. It started as leather armor with attached metal rings. It later evolved into the armor completely made of linked rings.

The Celts, who created the ring mail, used the mail with a layer of leather. On top of the mail, they also added extra plates for more protection. Most full-body mail armors would have leather or padded clothing under them.

Lamellar armor was very popular throughout Eurasia. It consisted of plates of iron or hardened leather laced together. It was sometimes categorized as scale armor.

The Lamellar armor was used among different cultures across the world. It could be made from a wide variety of different materials. The small plates were sewn together in a huge number. It ranged from hundreds to thousands giving a veritable armor.

One could make the Lamellar armor out of leather, bone, stone, or metal. To make the armor, it must be cut into uniform-sized small platelets. If it was made of metal, the pieces were lacquered. This was to avoid corrosion and give the armor a longer life.

The term Kozane means scales, and this classical armor incorporates scales. It was an armor style original to the Japanese. Its unique feature was the construction of the armors.

Kozane was made from laced small trapezoidal or rectangular scales.

These types of armor were the basic defensive equipment in Japan from the 10th to the 15th century. O-arame was the basic type of scale. It was made of leather or steel as large as 5 to 7cm x 4 cm. It had a rectangular shape with a slightly cut upper part.

It had 13 holes which were punched in two rows. To prevent stretching the armor over time, the Shikime-zane was used. It had 19 holes in 3 rows.

During the 13th century, the size of the Kozane decreased and the armor became more trapezoidal. Hon Kozane is called for this type of scale. The scales overlapped each other by approximately half their width.

Narrower scales improved the sturdiness of the armor at the ends of the laced rows.

In the Heian period, the lacing cord or Odoshige was a leather strip. Since leather had limited colors and was short in length, it was later replaced by a flat silk cord called Ito-odoshige.

There are a variety of colors for the cord. The common ones were red, orange, black, green, and white. There are also some in yellow, blue, and violet. In the traditional Japanese manner, the color of the lace formed a part of the armor.

Leather armor was important in the evolution of weaponry and armory. Without leather, there wouldnt be the first versions of all types of armor.

Today, modern armor also uses the technology and science of previous armor including those of ancient leather armor. 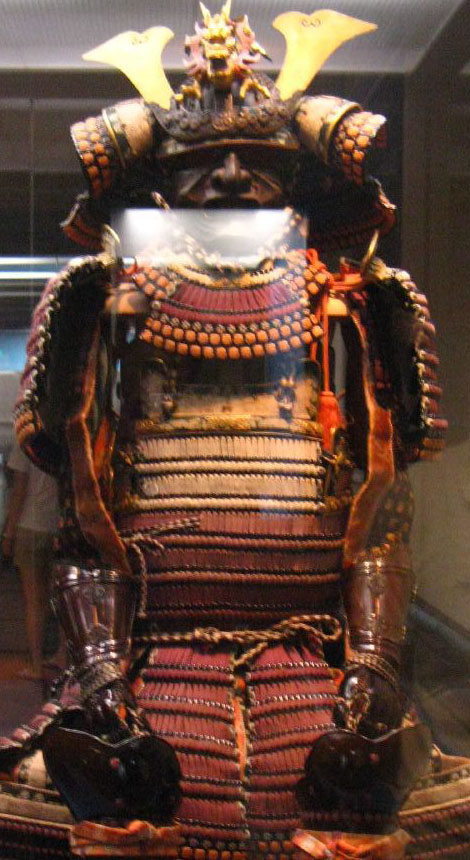