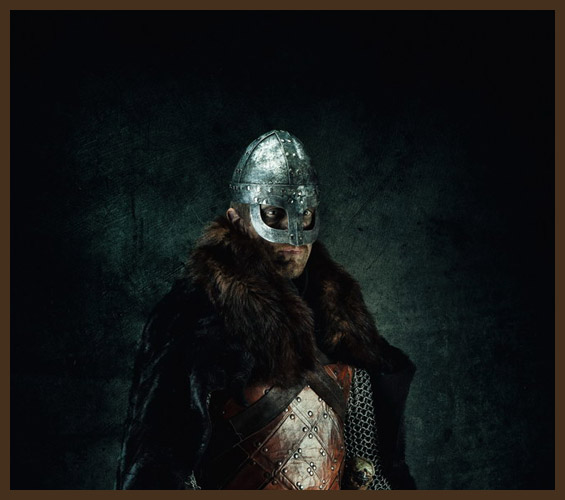 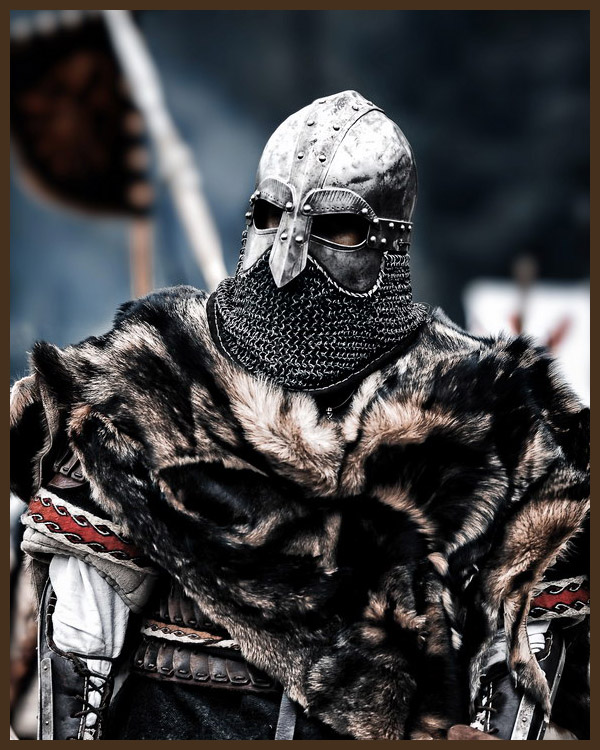 To this date, Vikings are known to be savage conquerors of the 9th to the 11th century. The Viking armor is amongst the most interesting topics for movies and shows.

Fewer people know that the idea of Vikings being savage and bad only began during the 18th century. Plays started to depict them as warriors with horned helmets taking over kingdoms.

Who were the Vikings? During the 900s, the people from the countries Denmark, Norway, and Sweden were called Scandanavians or Norsemen. Their region is no other than Scandanavia or Norse.

At that time, many were voyagers and traders. Eventually, these Scandanavian voyagers began to pirate, then raid boats and coastlands.

The term víking meant pirate or raider. This was later on used to describe these men, thus, the Vikings.

So, the Vikings are Scandanavians who loved exploring and voyaging to trade and conquer other places. History shows that they reached and controlled numerous coastal lands in Europe, North Africa, and even the Middle East.

A Short History of the Vikings

A group of chieftains, landowners, and clan heads would usually comprise a Vikings voyage. Together with their retainers and young members of their clans, they ride their famous longships. And whatever land they dock on, it was either adventure or pillaging.

According to records, they were described as resilient farmers when off the battlefield. This was far from their famous savage pirate persona. Most films portray them in complete Viking armor and weaponry.

Many historians believed that the lack of land and the abundance of Viking leaders led them to leave their lands. It was necessary to seek ownership somewhere else.

After a few hundred years, they were able to colonize several areas across Europe and neighboring coastal lands. Sagas or voyagers became known amongst these Vikings.

The Saga of the Greenlanders reached North America and Erik the Reds Saga reached Canada. They called their new found land, Vinland, the land of wine and grapes.

Many more Sagas and proof of the Vikings reaching many continents were found. The Scandanavians documented many of them through woodcuts and runestones. Though they were not into writing, those who have met them documented them well, too.

The Vikings’ rulership came to an end in the 11th century. It was when Harald III Sigurdsson, the king of Norway, lost from the Battle of Stamford Bridge. Many called it the last Viking raid.

Through the years, many have also begun to settle home or settle to places theyve conquered making them less voyagers. Also, locals fought their freedoms back and others entered into treaties.

The most famous Viking armor that comes to mind is the horned helmet. Historians have already debunked the theory that they wore them.

But since the 18th century, depictions in movies and stories always include horns on the Vikings iron helmet.

They were mostly used to depict Vikings in stories at plays.

Researchers found that during the Nordic Bronze Age, helmets with horns were used for ceremonial purposes only.

Most Viking helmets featured the Spangenhelm pattern. It has 4 iron plates put together and formed like a cap to protect the scalp.

Then attached to it is an iron visor or cat-eye shaped metal frame with a nose guard.

During their pillaging and raids, most Vikings wore simple iron rounded cap helmets as part of the Viking armor set.

Only the Gjermundbu helmet dated during the 10th century was ever found to be complete. It is the only historical piece ever found intact.

Recently, the Yarm helmet was the first-ever discovered Viking helmet in Britain. It was also dated from the 10th century.

Though its head cap was halfway broken and corroded, one can see its similarity to the Gjermundbu helmet.

It also had a mask-like feature that protected the scalp; a nose guard was present too. 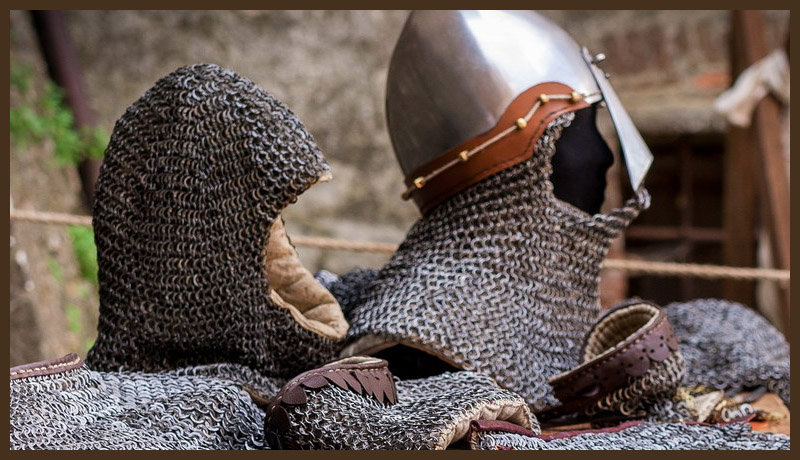 At the time that the Vikings were raiding boats or lands, they had worn several types of Viking armor. The most commonly used to depict them were the chainmail.

To be able to wear chainmail, warriors would have to wear something thick. It would protect them from the metal rings cutting their skin. They wore thick linen tunic together with trousers, woolen leg wrappings, and leather shoes.

Yet, history found that only those who can afford chain mails wore them. During the Viking days, iron was rare and expensive. It was also difficult to make and was heavy.

The Norse called these chainmails byrnie or brynja. These chainmail were long enough to protect the thighs. Thus, the notion that Viking men wore skirts.

Since iron was costly and challenging to use, many resorted to good quality leather. Those who could afford chainmail chose to protect themselves with woven leather called lamellar.

There were more Viking lamellar discovered than the chainmail. Almost the same as the Gjermundbu, they date back between 900-950. They were made of lamellae (individual plates) woven on thick fabric or leather shirts.

Some even had iron plates woven together on it. Historians suggested that they wore extra leather or reindeer coats under these lamellar.

Spears were the most common Viking weapon. Second to that was the ax. Some stories say that a Viking lord once had guards with axes strong enough to crack a helmet into two.

The Norse God Odin loved wielding a spear. This idea inspired warriors to utilize spears as well. They were cost-efficient, easy to assemble, and were very effective weapons at that time.

Of course, a sword would also be a good choice of weapon for any Viking warrior. Amongst them all, the Ulfberth sword was the most known. Historians found many of these swords with +-U-F-B-E-R-H-+-T engraved on them.

Later, they learned it was a high-quality sword that was crafted so well, it had an unmatched sharpness and strength.

Historians couldnt find the right technology among the Norse nor in Europe to create one. So, they believed it was traded with them from the Far East.

But despite their high-quality swords, the Vikings all had a typical wooden shield. At first, their shields were round. But they later changed them to a kite shape for a wider range of space.

Vikings painted their shields, too. It was not for any other reason but to simply hide the cracks and damages visible to the enemy. Hitting these parts could easily split a shield in half.

The Vikings didnt stop the wars until King Alfred the Great offered the northern half of England. This marked the time that the Vikings began to settle down. Many of them settled in other countries too like France, Ireland, and Russia. 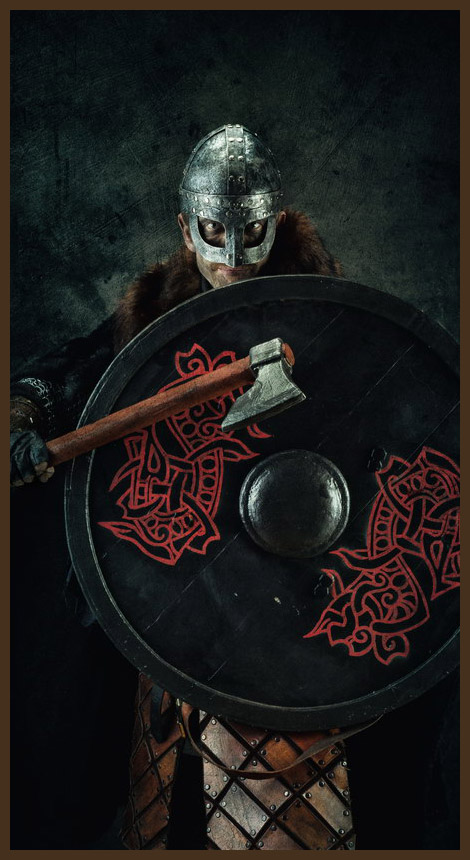