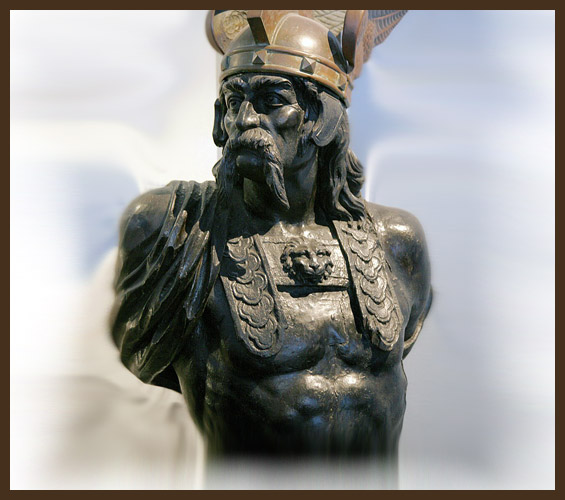 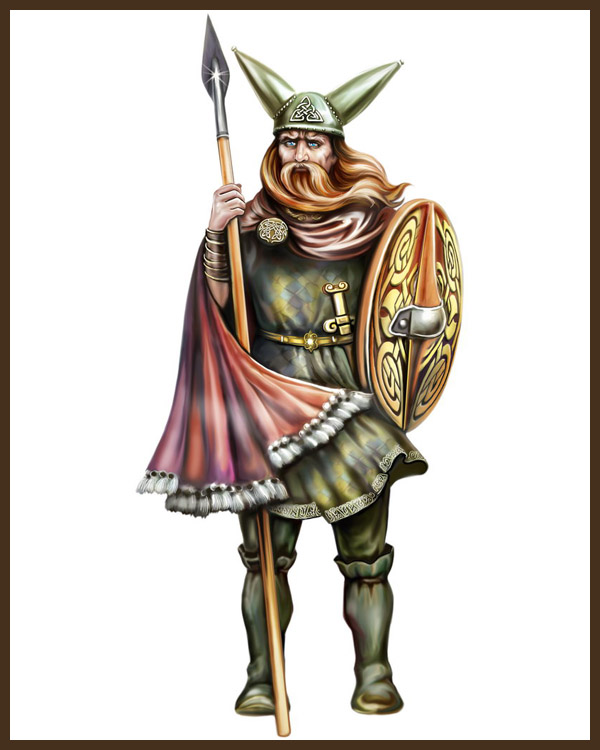 If you have heard stories of the Celts, you probably remember that people called them barbarians. Walking around Rome in their Celtic armor and causing pillage supported that argument. But not all Celts were such.

The ancient Celts lived in various places in Europe. They flourished towards the end of the Bronze Age. The Celts occupied many territories as far as Portugal and Turkey.

Scholars believe this society began from the upper Danube around the 13th century BCE. They were clustered by tribes and spoke the Celtic language. The scholars called the first group of Celts as Urnfield people.

By the 8th century BCE, when iron replaced bronze, the Celt group was called the Hallstatt culture. These were the 1st recognized groups of the Celts.

After 300 years, the Hallstatt culture changed. As the population grew and tribes grew, internal tensions were unavoidable. The Celt society developed into what they called the La Tène culture.

The new society prospered in France, Spain, and central Europe. They challenged other Mediterranean cultures and started to be recognized by others. Collectively, they were called Celts because of their language.

When the Romans continued their expansion, the Celts were not exempted. This led them to flee from their territories.

Gaul is a rich country where the Galatians lived. They were a tribe of Celts that the Romans feared because they once conquered Rome.

With Julius Caesars multiple campaigns against the Gallic tribe since 58 BC, he finally won Gaul around 52 BC. Besides this campaign, the Celts survived other wars in many areas they fled to.

Since the Celtic tribes lived all over Europe, its not surprising that they would fight amongst them for their territory. Though studies show that this is more of a sport rather than occupying another’s territory.

There were times when they did fight amongst themselves. Sometimes, they allied with the Romans, Greeks, or other groups. Tribal warfare was common in the Celtic society and rumors also circulated that they were headhunters and violent.

But research found that they collected the heads of their allies and buried their enemies in mass graves. This displaced the rumors of them being barbaric.

Some studies also believed that they were called barbarians by the Romans because they drank their wine straight. Whereas the Romans watered their wine before drinking.

During the Hallstatt time, swords were the Celts primary weapon. This showed that they were only fighting small wars since they didnt need many weapons.

They began with bronze weapons and later used iron as the bronze era ended. The famous Celtic longsword with leaf-bladed design appeared at that time.

Before the La Tène society began, the Celts shifted from long swords to short daggers. Many of them have been found in tombs. There was enough knowledge gathered to show that the Celtic warriors used chariots too.

In the next centuries that followed, they used short single-edged swords, chariots, and other weapons. Chainmail armors were used in this period, but not everyone had such a Celtic armor. Chainmail was expensive and took a lot of time to make.

Spearmen became their foot soldiers and elite champions declined. Celtic warriors are depicted with their spears or javelin of up to 2.5 meters high. Besides bow and arrows, they also used slingshots.

Though some few rode chariots, evidence showed that they had a few horsemen who wielded the long sword. Celtic warriors bleached their hair using lime and styled them to spikes.

The Celts were known to be tall and well-built so they used this effectively in war, too. Intimidation was the first impression in any war they fought. 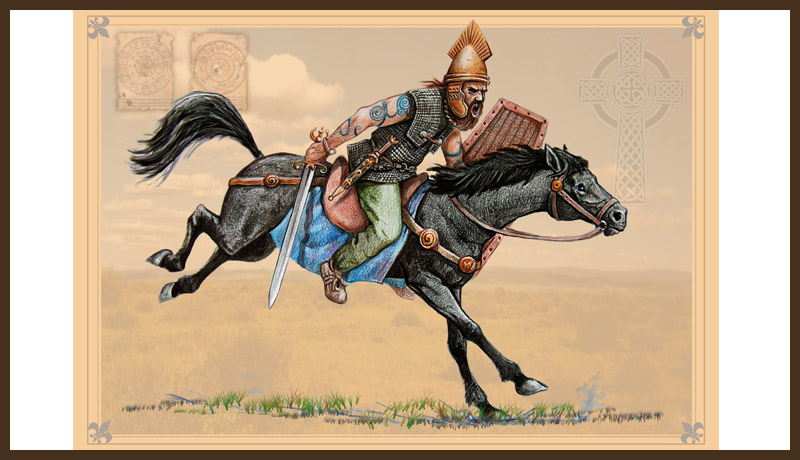 According to the Romans, chest plates and chain mail armor were of Celtic origin. Celtic armors found by archeologists were made of leather, iron, and bronze. Though Celtic warriors at first didnt wear armor, they found the need to do so in many wars after.

The first Celtic armors were tunics and leather. They barely used helmets and if they did, only a few tribes fought with battles armored with it.

Helmets were first worn by the wealthy Celtic warriors. There were three known helmets of the Celts.

The first was the Montefortino helmet, which had a round-shaped and a raised metal knob at the center. The back had an extended plate to protect the neck and two plates on each side to protect the face.

They called the third a Belgian helmet named after Belgae, one of their tribes. It was conical too with a long straight plate to protect the neck. Celts often add feathers, wings, or horse hair to their helmets. Others used real horns to give a fearsome look.

A special armor built by the Celts was called Ceannlann armor. It had metal scales sewn on linen and then it was sewn in mail armor. Having multiple layers of armor meant better protection.

In one Roman story, it was stated that the Celts fought naked at one time in their war. It could have been one of their plans to shock their enemies. Most Celtic warriors had Braccae wool trousers and a cloak as a Celtic armor.

Today, replicas copy many museum artifacts of Celtic armors. Some of them were made of thick leather and covered the torso and thighs. Others had lamellar leather with matching leather patches for the arms and the legs.

Chainmail was common for the nobles or champions. A mail is made out of thousands of small rings of metals interlocked to form a metallic tunic. Celtic mail was always below the waist.

To distribute the weight, they made the shoulder straps broad, which also extended the protection. It covered most of their body but always came along with leather or animal hide.

The Celts also wore breastplates that were either lamellar leather or thick bronze plates. Archeologists found many of these from Hallstatt and La Tène graves. These breastplates or cuirasses looked similar to the bell cuirass of the Greeks. 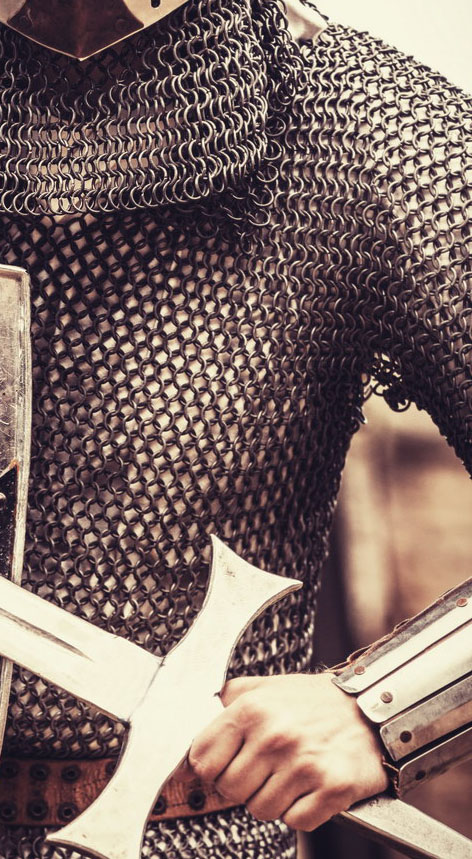 They were proud in crafting their shields, and they often used hide-covered wood. Sometimes, they surrounded them with metal and added spines on the edges.

A known Celtic Shield found is called the Battersea shield. They made it with bronze sheets and decorated it with La Tène art. People believe it was never used in war and was more of a ceremonial shield.

The Celts had great influence all over Europe and those places theyve fled and lived at. Many Celtic armor inspired the Romans and other Middle age conquerors, though they didnt last long like the Romans. Today, they are maintained by a few Celts who now live in Irelands and some parts of Britain.