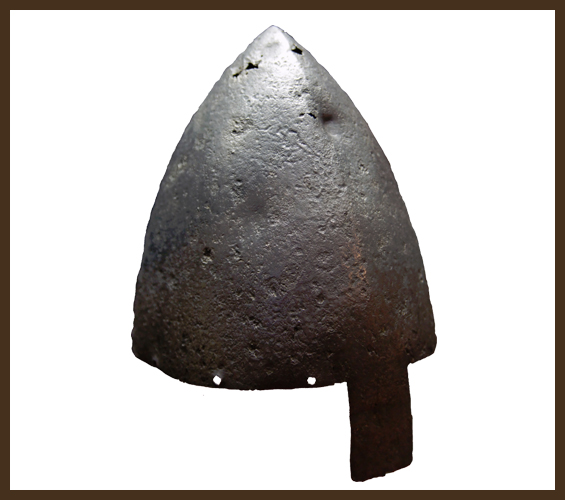 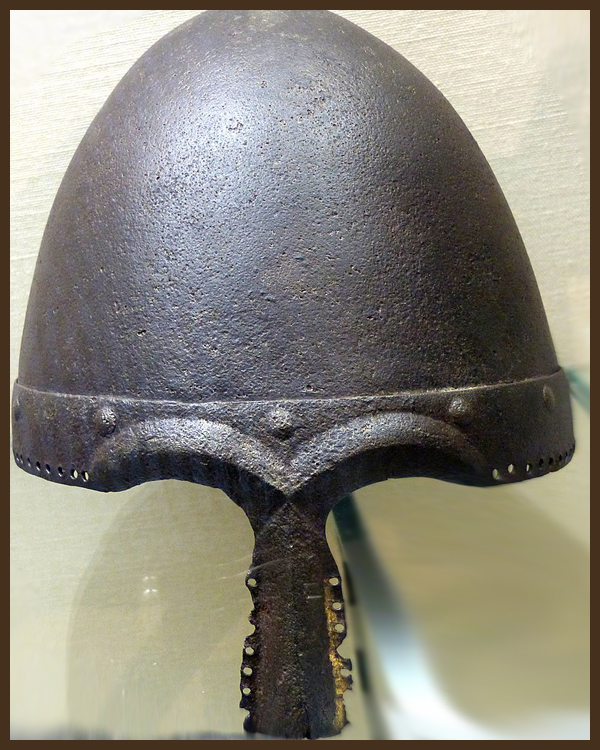 The nasal helmet you’ll find in our shop is replicated from the original combat helmet of history. Its design was based on helmets of Western European origins. These were utilized in battle from the 9th century to around c.1250.

Our nasal helmets are pieces that display the classic look of the traditional nasal helm. If you compare it to our other medieval pieces, it sports a simpler design. This is because the original helm also featured a minimalist theme since they were more focused on its durability and strength.

To acquire the exact look, we made sure that our nasal helmet has a distinct conical appearance as well. Today, it’s simply made for aesthetics, yet in history, it was essential for deflecting attacks to the user’s head.

Characteristics of Our Nasal Helmet

Our nasal helmet is described as having a nose guard, which is made of one strip of metal. It goes all the way down from its skull and over to your nose when worn. It was designed this way to protect the user from attacks, which was an occurrence in the past.

Not only that, but our helmet features a distinct style of Viking decor along the front area. It’s quite similar to the dragon-headed ships used by the Vikings.

The Size, Weight, and Customizations

Our nasal helmet is a thick piece of medieval armor that measures 1.2mm of mild steel. Its measurement from ear to ear is 19cm, while from front to back, it’s 23cm. As for its circumference, our helmet is 66cm in size, and it weighs a total of 1.2kg.

If you’re looking into customizing the helmet, you can choose its sheet thickness and circumference depending on your preference. Either go for a 12, 14, 16, 18, or 20 gauge for the thickness. As for the circumference, it all depends on what’s comfortable for you.

History of the Nasal Helmet

The classic nasal helmet appeared all over Western Europe during the late 9th century.

It became the dominant type of head protection that replaced a lot of late Roman-based helmets.

These types included the ridge helmet, as well as the early pieces that sported the spangenhelm build.

There’s a good reason why the nasal helmet became widely utilized over the course of time.

It may look simple compared to other medieval helmets, but its simplicity made it extremely effective.

It was not only highly effective in offering great protection, but its production was cheap, which was great.

Often, the nasal helmet was worn over one mail coif. Doing this helped protect the lower section of the user’s head, neck, and throat.

This coif could be a separate piece of armor or created as an extension of the user’s mail coat.

Rivets and holes were present on the nasal helmet’s lower edge, indicating that these were somewhat lined.

However, there were no linings that survived history.

Yet, due to practical considerations, it’s suggested that lining may have been adjustable to guarantee a secure fit. 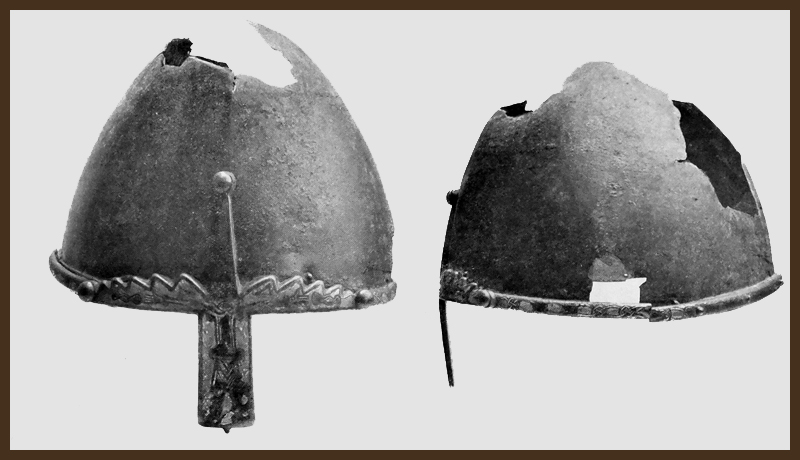 The Appearance and Features of the Original Nasal Helmet

We at MedievalArmor.Store make sure that all our medieval pieces acquire the same appeal and looks of the original. And our nasal helmets appear just like the classic pieces in history.

The early and original nasal helmets universally featured a cone-like shape. Its skull could be elevated from one iron sheet, or it could be made via segmented and composite construction.

The variety of the spangenhelm was generally an earlier process of construction. The single-piece skulls, which were more challenging and tricky to create, became more common. It was possible due to the increase and improvement of metallurgical skills as time passed.

Classic nasal helmets sported rounded crowns that were attached and reinforced with extra metal bands across the surface. Thinking about it, the helmet’s shape comes with a useful design that aids in deflecting blows to the head. It prevents direct blows from falling right at the top of the user’s head.

Additionally, its conical shape allowed the user to easily wear the helmet.

Aside from the headgear’s excellent shape, the nasal bar that runs down the helmet is another great feature. It kept the user’s face protected while providing comfort when wearing the helmet.

Other helmets only featured slits for the eyes. Yet, the bar of the nasal helmet offered a clearer field of view, which was vital during battles. 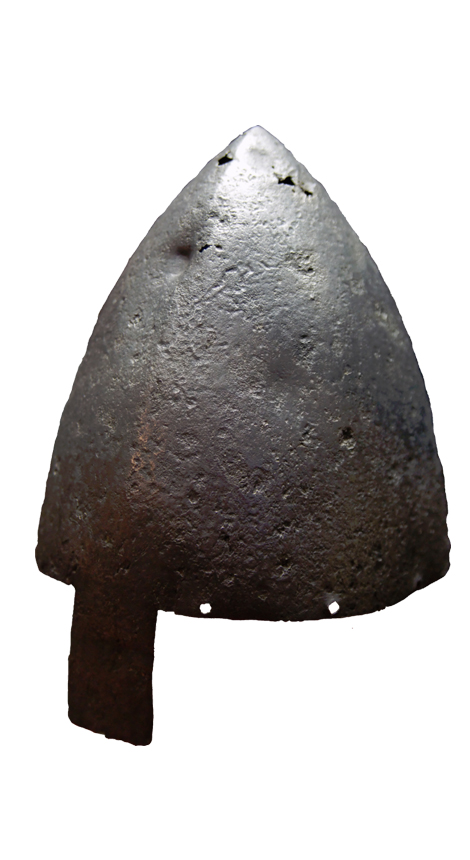 Our nasal helmet features the exact design of the headgear worn by Viking warriors of history. Plus, it’s accurately made using high-quality materials for increased durability. With that, it’s perfect to wear or display as part of your medieval collection.

Match our nasal helmet with some other products, which we also accurately crafted like the ancient pieces. Aside from medieval helmets, we offer quality-made shields and armor that look exactly like those worn by medieval warriors.