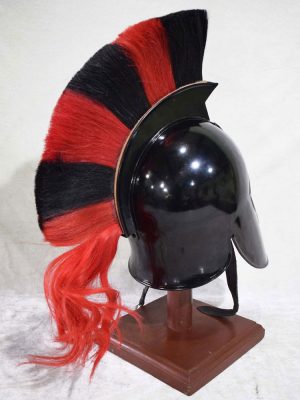 This Troy helmet is one of the most sought after helmets with an attractive black finish. It features an appealing and unique style; plus, it is comfortable on the inside. It will allow for immediate use for reenactments and will be a great addition to your growing collection of medieval armor.

This Troy helmet is one of the most sought after helmets with an attractive black finish. It features an appealing and unique style; plus, it is comfortable on the inside. It will allow for immediate use for reenactments and will be a great addition to your growing collection of medieval armor.

Specs and Size of this Troy Helmet

Appearance of the Troy Helmet

As mentioned, it comes with a sleek black finish. It gives the helm a nice, textured, and rugged look as if it were around for years. Its dark metal helps protect the helm against rust and it is also extremely durable.

This Troy steel helmet is also comfortable to use, so you will not really require an arming cap. It is extremely convenient with an adjustable strap to fit perfectly along your chin. Another attractive feature of the Troy helmet is its plume. Instead of a single color, it comes with alternating red and black horsehair for added uniqueness.

The helmet is crafted using mild steel in black with a thickness of 1.2 millimeters. Its measurements from ear to ear is 17.5 centimeters while it is 22 centimeters when measured from front to back. This Troy helmets circumference is approximately 64 centimeters and it weighs a total of 2 kilograms.

For this Troy helmet, the available customizations include your choice of sheet thickness of 18 or 20 gauge, and a circumference that is based on your requirements.

Whats great about this Troy helmet is that it appears just like the traditional helm in history. With its plume made of horsehair, it is definitely a great piece that you can add to your collection. Not only that, but it also works great for reenactments or stage plays. It perfectly identifies the rank of the user.

The reason for having plumes on helmets is to make the Spartan soldiers look taller and more imposing during battles. The uses of these, along with the crests, are either for decorations, identification of rank, and also for unit identification.

Evidence seen from monuments and scriptures depict that by the second century, these crests were not in use during combat. These were only utilized for festivals or parades.

Due to the great success of Greek-themed films, these types of helmets have become a contemporary fixation. The Troy helmet is one of the classic pieces worn in the past, and were mostly favored during the sixth and eighth centuries.

The Troy helmet originated from Ancient Greece, and it had an impressive style and appearance for distinction. It allowed individuals to know that a brave warrior of rank was charging into battle.

Its plume was not only useful to identify the user; it was also beneficial to make the warriors appear taller. When they engaged in hand to hand combat, these warriors appeared much more intimidating since they towered over their opponents. Also, a few battlefields in history were extremely dusty, thus, causing a lot of dust clouds during battle. The helmets and plumes made it easier to determine which warrior was who. 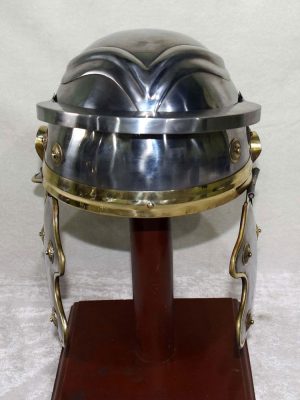 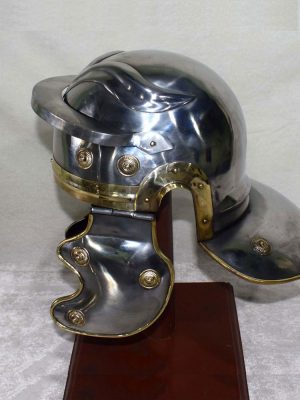 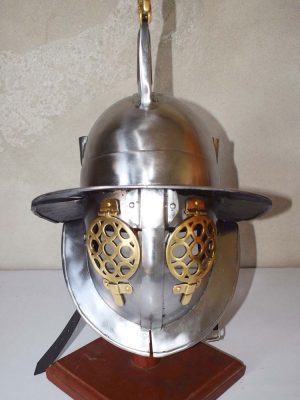 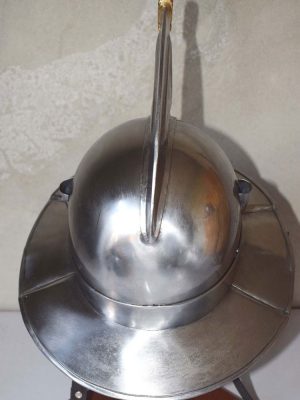 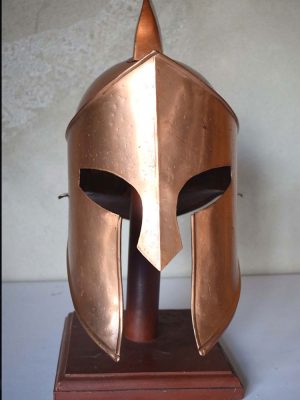 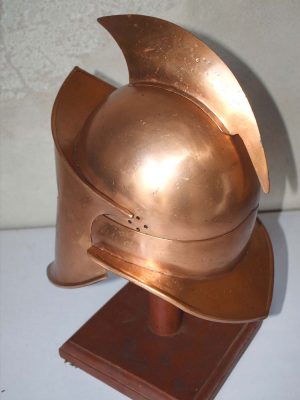 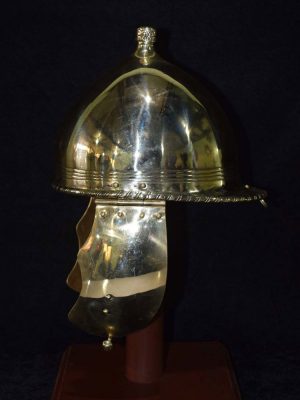 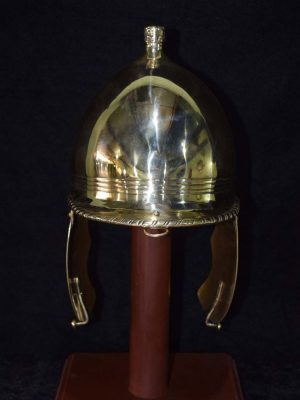 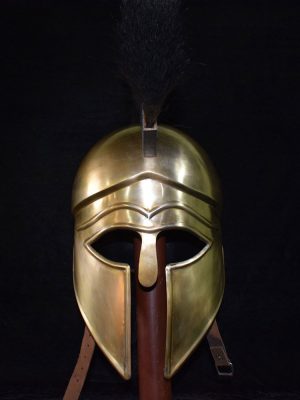 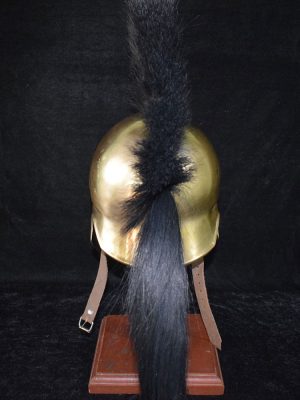 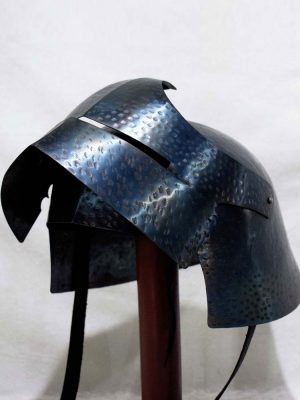 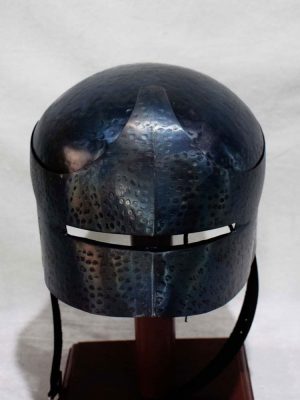