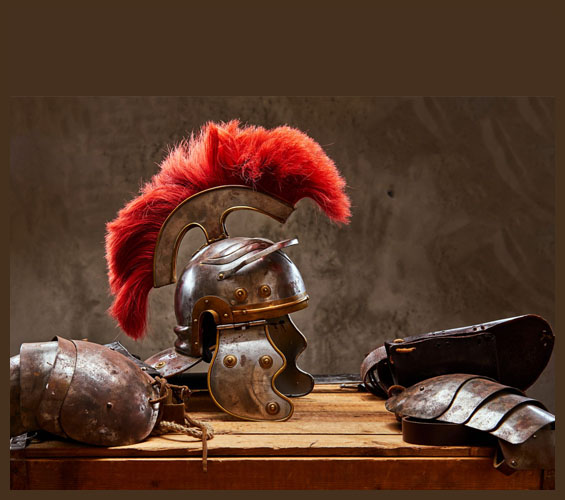 When we hear the word Roman, an image of gods and goddesses might have popped into your mind. If not, then maybe the image of them clad in Roman armor and weapons clashing against their enemies.

To the history classes, movies, and even fictional or nonfictional books, these Romans are known for their great fighting. This made their empire last a millennium. Lets see how these Roman warriors conquered lands with the help of their armor and weapons.

The Romans and the Roman Empire

Rome was found by the infamous Remus and Romulus. As time went by, their empire started to rise higher and higher. And its all because of their Roman Army.

To be part of their army, one should undergo a series of tests and training. Hence, the reason for how vast the land they conquered.

Their army wasnt the only thing that helped them invade lands. Their variety of armory and weapons helped them attack and defend themselves.

For as long as a millennium, Romans have been spreading their lands like a wildfire. From a dysfunctional empire, it became one of the most successful and vast empires that man has ever known.

By the beginning of the medieval period, Rome invaded Italy, Greece, Spain, the Middle East, and others. In summary of how many lands they conquered, it would take seven weeks to travel from the east side to the far west of the Roman territory. However, their large land and series of uncompetitive emperors are what led the Romans to their demise.

The Roman armor had three different parts. These all depended on the purpose or duty of the soldier. Furthermore, their armor and weapons changed significantly over the years.

They also shipped armories and weapons as a living.

Romans had two types of shields;

one for the legionaries, and the other for the cavalry. The cavalry uses a round wooden shield with an iron rim. This is also known as a parma shield.

For the legionaries, they used a large wooden rectangular shield, which was also called a scutum. However,

a wooden shield that was attached using cattle glue was not recommendable as it is vulnerable to water.

Hence, they stretched a leather across the shield to strengthen it.

The Roman helmets changed through the years.

In the early Roman Republic, their helmets were based on an Etruscan design. This had a conical shape with a flat base like a gentlemans hat, but pointed.

In 107 BCE, the Romans had changed their helmets for the cavalries and legionaries. cavalry wore lighter helmets compared to Legionaries.

They added paddings in their helmets to make them fit and comfortable for the Roman warriors.

The most famous was the Galea helmet. This helmet covered the back, top, sides, and had extensions covering the facial sides.

A crest could be attached at the top and it was usually made of plumes or horsehair.

They dyed it with red or other colors to make them attractive. Others had a metal crest thats attached from the top to the back of the helmet.

Today, it is the Galea helmet that makes Roman warriors identifiable in any media production.

Body armor of the Roman soldiers had three different types. For each, they often wear an undergarment like tunics to avoid chafing. 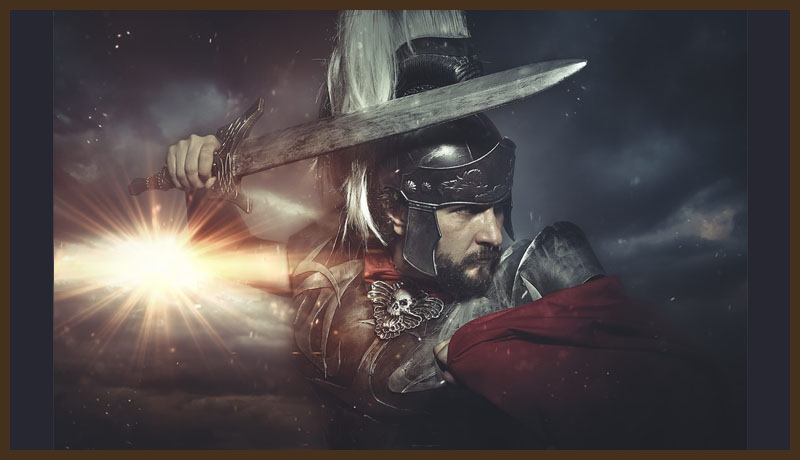 This was a full torso plate armor. It consisted of two round metal plates that enclosed the torso. It is deemed to be the most popular armor of the Romans. Together with the round plates were the shoulder plates that completed this set.

This type of armor was used by the legionaries. However, this body armor was abandoned due to its price and maintenance.

Also called scale body armor, it consisted of metal scales that were sewn to tunics or shirts of the warriors. It was light and it gave the Romans flexibility and strength.

If one would look closely, they were like metal giant fish scales arranged on a shirt. This also covered the shoulder and the full torso.

Last is their ring mail body armor. It was made up of more than 50,000 iron rings that interlocked alternately. It was mostly used by infantry and auxiliary units of the Roman military.

However, this type of armor required a long time to make. But it was cheaper and lasted
longer than the Lorica Segmentata. This covered the shoulders and torso but also extended to the groin, appearing like a short chain mail dress.

Roman soldiers also wore items of clothing beneath their armor to make them comfortable. These were usually wool-like fabric. Sometimes they wore plain colors but sometimes dyes were also used.

Romans often wore tunics as an undergarment. When tunics were too long, one shouldve been knowledgeable enough to tie it behind the neck. However, when done incorrectly, it may cause discomfort to the soldiers.

Cloaks were also used by Roman soldiers when serving in colder regions. They also utilized these for extra protection. There were two types of cloaks worn by Roman warriors.

Paludamentum Cloaks were used by generals or high-ranking soldiers. However, this cloak was not too practical especially when in battles.

The second is Sagum Cloak. This cloak was used by the majority of the soldiers. It has leather clasps that are fastened over the Roman armor.

Padding was also used by Roman soldiers. It reduced the weight and the discomfort of the armor. Yet it also helped reduce the injuries taken by the warrior when struck by weapons.

Footwear were also essential in battles. In the Early Roman Republic, Roman soldiers would have to provide their armory and clothing.

Hence, poor soldiers were forced to use cloth and leather as their footwear. In 107 BCE, military sandals (also called Caligae) were distributed to the soldiers. It was made from animal hides that are thick enough to protect their feet. Soldiers from colder regions were also given socks for extra warmth. 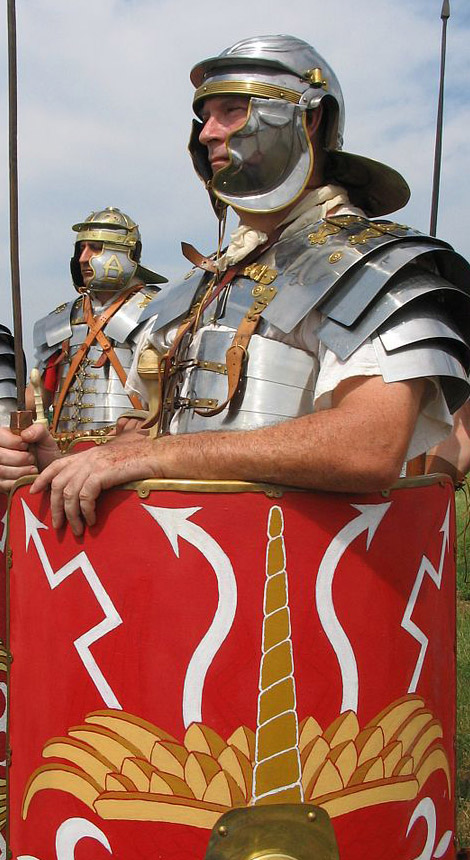 In movies that show battles featuring the Romans, soldiers use spears for fighting. However, it was not the only weapon they utilized. They also had a variety of weapons that helped them in conquering lands.

They had gladius and spatha that were used by legions and auxiliary units. Gladius was a sword of about 2 to 3 feet, and they were common amongst foot soldiers. It was shorter compared to the Vikings and other enemies swords.

So, the spatha substituted the gladius in the next fights. The longest was around 1 meter long and the goal was to hit the enemy better. This sword was what they often used in gladiator fights as well.

The javelin or pilum were long-ranged weapons thrown by the front line of the infantry. However, this could only be used once it was hard to move towards the target.

When a soldier couldnt use their gladius, they resorted to their dagger or pugio. This is only used for closed range combats.

Romans were the killing machines of the early ages. They started at the bottom and rose to the top since these warriors fought mercilessly and bravely.

Their courage and strength was not the only thing that made them win battles. The Roman armor and weapons also contributed a lot, especially when they battled against strong cities like Greece and Italy. Because of their extensive expansion, we can see how and why they influence so many countries