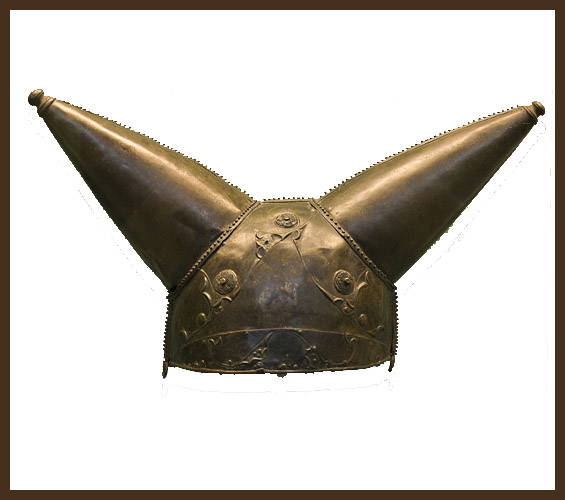 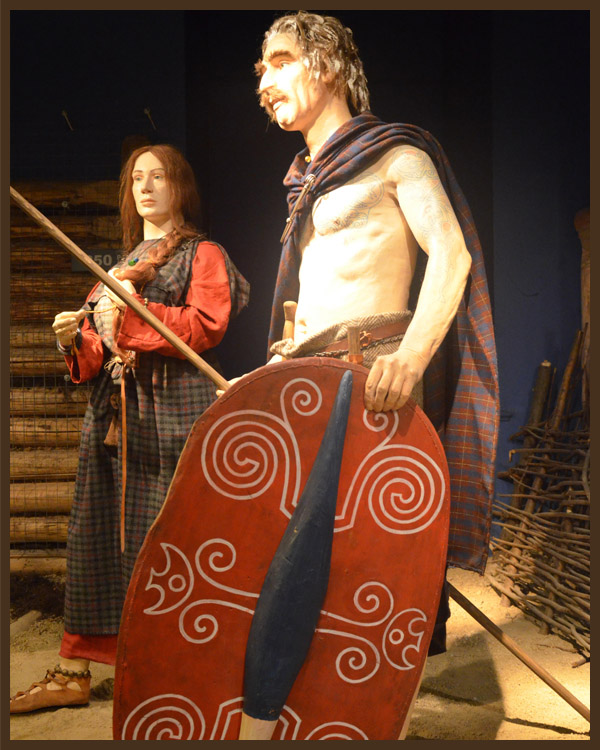 Aside from armor and weapons, the Celts also utilized numerous Celtic helmets for battles. Yet there was a time when the Celts fought in battles without wearing any helmets. These were rather uncommon pieces and were only worn by nobles.

Once these were utilized, the helmets were first made from metal and appeared a lot like the Roman’s helm. Though one that was acquired featured horns on it and is claimed to have come from the Iron Age.

Who Were the Celts?

Numerous different groups were part of the Celts. Unfortunately, these groups only left a few written records about them during the early Bronze Age. Despite the lack of information, a ton of stylized art is proof of their culture.

With these, they clearly showed the group’s distinctness from the classic world.

There were a variety of Celtic helmets that were utilized in battles. Here is a list of the known ancient pieces from the past.

The Waterloo helmet is also called the Waterloo Bridge helmet and is considered a pre-Roman Celtic ceremonial helmet made of bronze. It was horned and featured the repousse ornamentation. It sported the La Tene style that dates all the way back to Circa 150 to 50 BC.

This helmet was found and acquired in 1868 by the Waterloo Bridge, London, England, in the River Thames. Today, it’s kept on display at London’s British Museum.

Features of the Waterloo Helmet

The primary section of the Waterloo helmet is made of two bronze sheets.

One forms the front, while the other is found at the rear of the helmet. These two pieces are then riveted together at the top and sides of the helm.

It features a separate bronze piece that’s shaped like a crescent. This portion is attached to the bottom section of the front sheet.

There’s a decorative strip that features a row of rivets overlaying the parts where the front and back sheets join. Then, it goes along the horn’s base.

At the strip’s ends on both sides of the helmet, you’ll find a certain ring fitting made for chin strips or cheek pieces.

The helmet features a couple of little holes along the bottom edge, which may have been utilized for linking linings.

The Waterloo helmet featured six bronze studs as decorations. Three of these were placed in front, and the rest were found at the rear.

It had cross scores that suggest that the helmet was made to hold glass enamel studs.

It was seen on the front and back of the Waterloo for added aesthetics. Technically, its design is quite similar to the Snettisham Great Torc. 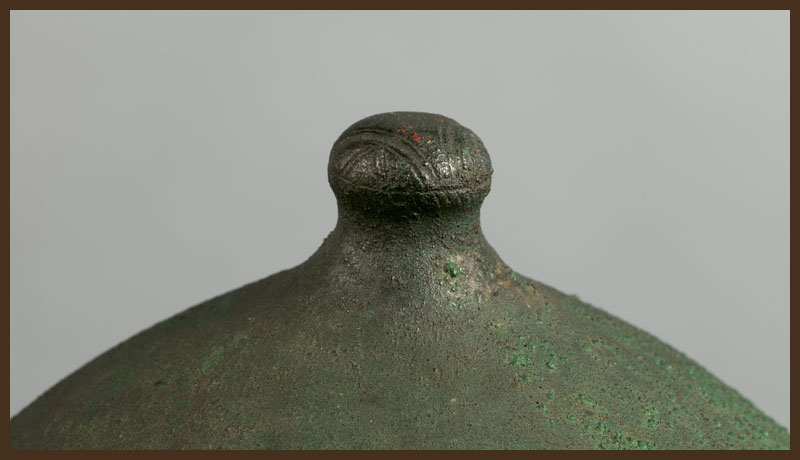 Uses of the Waterloo Helmet

Since these are made using bronze sheets, the helmet may not have been adequate for battle. So, it was likely used for parades or ceremonial purposes.

The helmets were somewhat like the Iron Age shields made of bronze.

These too, weren’t effective against newer weapons and would’ve only been utilized for display purposes.

Some have also suggested that the helmet was too small for the standard measurements of an adult male.

With that, they assumed that it must’ve been placed on a wooden statue of a certain Celtic deity.

The Montefortino helmet was a type of Celtic then later, Roman helmet. It was used in battle from 300 BC throughout the 1st century AD. During these times, the helmet experienced continued modifications and enhancements.

Characteristics of the Montefortino Helmet

Montefortino helmets are characterized by a round or conical form with an elevated central knob. It featured a prominent neck guard and cheek plates for protecting the sides of the user’s head.

Other common features include a rope-like design along the edge, plus a pinecone-styled pattern on its crest knob.

The Coolus helmet was an ancient Celtic and Roman helmet made from brass or bronze. Like the Montefortino, these were descendants of the Celtic type helms.

Bronze was used to produce such helmets. The reason for it may likely be due to the type of wars the helmet was utilized for. Also, the cultural affinities may have influenced the use of such material and why the helmet was crafted this way.

Features of the Coolus Helmets

When looking at this type of helmet’s design and style, it was fairly plain and minimalistic. The only highlights to it were a couple of ridges or elevated panels along the cheek pieces.

When it comes to its shape, it has a hemispherical or globular form. Some of these were spun on the lathe instead of getting hammered to get the right shape. Additionally, the Coolus helmet also featured turned or cast-soldered, or even a riveted crest knob.

Due to its form and design, the Coolus helmet eventually became a popular and highly recognized part of warfare. One of the well-known samples of this helmet is the Thames Coolus helmet.

It was acquired from the River Thames, England, and has been in the British Museum from 1950 until today.

The Agris helmet is one of the ceremonial Celtic pieces that date back from 350 BC. It was found in a cave that was close to Agris Charente, France.

This helmet is considered a Celtic art masterpiece and was likely utilized for display rather than for battle. It was described to have a jockey-like cap shape, but its bill was the helm’s neck guard.

It was mostly made out of an iron cap that was entirely covered with bronze bands. In turn, the bronze is filled with pure gold leaves and embedded coral decor fixed using silver rivets.

The cheek guards of the Agris helmet had a similar design and utilized the same materials as the helm’s decor. The protective gear was mostly decorated using early Celtic designs. There were also later motifs present, as well as signs of Greek or Etruscan influences.

The gold quality only indicates that the Agris helmet was most likely crafted locally in the Atlantic area. 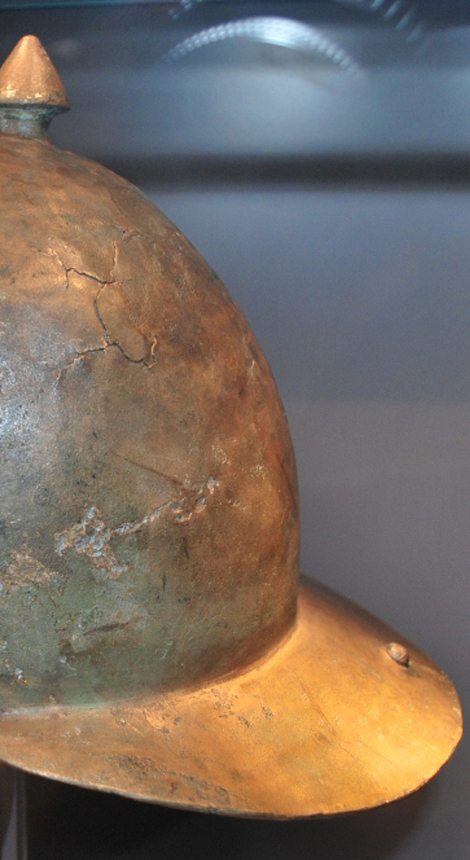