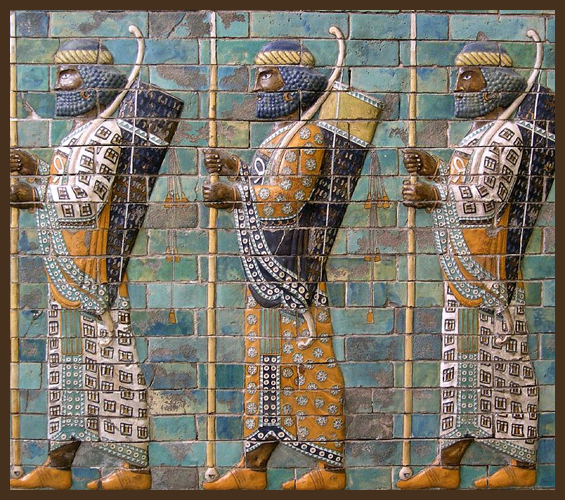 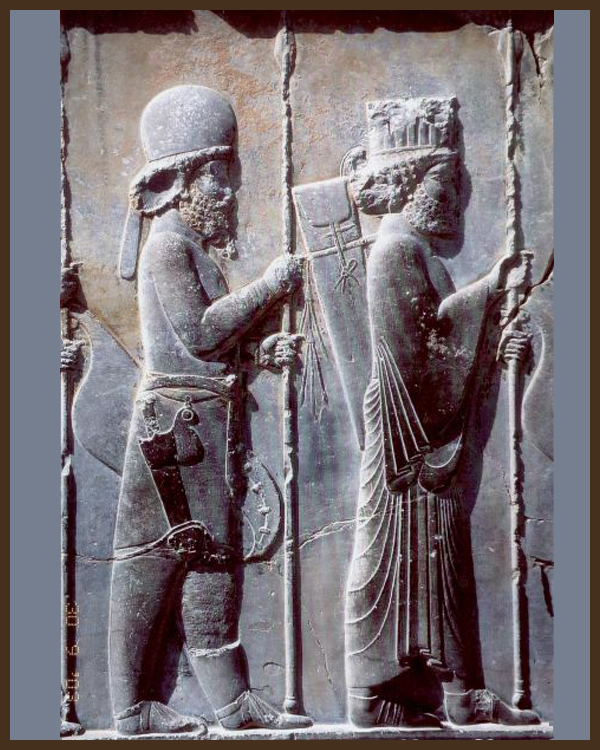 If you have seen the movie Prince of Persia, then you may already have an idea of the Persian armor. These pieces of gear that protected the warriors in the film.

The Persian Empires was one of the most powerful empires in the ancient period. During their peak, the Immortals were their best warriors that everyone feared.

Cyrus the Great found the first Persian empire around 550 BCE. It stretched from Europe to the West and the East. It lasted for 200 years before Alexander the Great took over their territory.

This is the official name of Cyrus the Greats first empire which lasted until 330 BCE. The King of that time was Achaemenes, hence, its name.

This empire practiced centralized administration and built infrastructures. They established important innovations like the road system and postal system which was the most notable achievement in this empire. It was also one of the empires that declared an official language under its territories.

These systems were carried on in the next empires. Even Alexander the Great didnt change the Persian system when he took over.

The Sassanian or Sassanid Empire

Ardashir I, founded the Sassanid Empire when he succeeded in taking over the Parthian Empire. He wanted to restore the early Achaemenid Empire by expanding Irans dominion. This was another great period for the Persians.

Unsurprisingly, it became one of the prominent empires of Central and Western Asia from 224 to 651 CE. It was the longest-lived Persian dynasties and also the last. By this period, Persian armors were inspired by all of their conquerors and enemies.

Persian culture reached and influenced Western Europe, Africa, China, and India. The empire ended when the Islamic caliphate took over.

During the reign of the Persian empires, some notable warriors made this empire great. Five groups of warriors became known throughout their campaigns. Among them were the famous Immortals.

Many feared the Persian Immortals at those times. Though they werent immortal, their fighting strategy made them seem like it.

Whenever one of the Immortals would fall, another warrior instantly would appear and replace the fallen ones. Thus, making it look like the dead coming back to life.

They were the elite force and were 10,000 strong. They also called them the Kings guard. In the army division, they were the best.

Soldiers expected an assured win whenever the Immortals joined them in battle.

This group was strong and they also considered them formidable. The cavalry had a tactic called the shock attack that broke many of the enemys lines.

They were an important part of the Persian army.

These horsemen were heavily armored, and that also goes for their horses. With a technique learned from the earlier empire, they added the power of the Persian armor.

Since they were heavily armored, even arrows and spears couldnt get through them. They caused widespread intimidation because of their speed and shock attacks.

One of the most notable divisions in the Persian army was the shield bearers. Armed with large shields and a spear, they would walk the front line with utmost bravery. Trained with tactics and strategies, they were battle-ready soldiers. 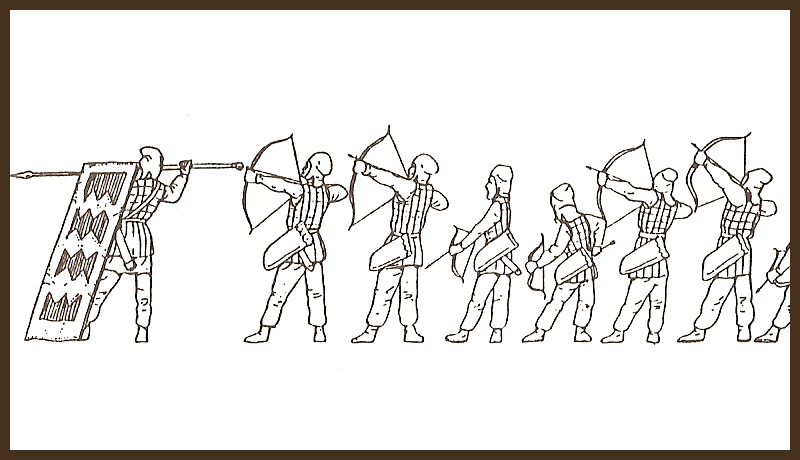 The need for an aerial attack is important in any battle. This division, the Persian archers, were first in line to attack the enemy.

Raining the enemies with arrows, the Persian archers moved swiftly amongst the other soldiers. This group was considered as the best archers of their time.

The first Persian armors were light because they only had clothing, trousers, shirts, and tunics. They added color to identify divisions but only a few wore armors.

On top or under those garments would either be a scale armor or a linothorax. Even the Immortals had the same kind of armor.

The Persians may have started with less armor but they were quick to learn. At first, they only had wicker shields which were good enough for flying arrows but not for close combat.

At the first Persian empire, the cavalry of Cyrus the Great wore one-piece helmets. They made them out of bronze or iron and had the same weapon as their infantry. Most of them either had spears or javelins.

By the end of the 5th century BCE, they got inspiration from Central Asia and built their armor. They started to create scale armor which the Achaemenid cavalry used first. By the time of Darius the Great, most of their warriors wore scale armors.

In addition to their scale armor and helmets, they also wore cuirasses. They also gave up their spears and javelins and now favored the two-handed lance.

In one of the testaments of a Greek soldier, he described the Persians wearing flashes of bronze and white armor. They wore cuirass and had thigh protection. The horses by this time had armor on their heads and chests too.

They called the thigh protector ran-ban. It protected them from bladed weapons like spears, javelins, and the like. Again, the scale armor improved and it developed scale-armored trousers. The horse armor was also being completed.

By the time of the Sassanian warriors, they wore shirts of mail. This mail extended until the thighs. Also, they wore a vest on top of the shirt of mail.

Besides the mail armor, they had lamellar types of armor, too. Together with either the lamellar or mail armor, they equipped vambraces and breastplates. The Sassanian were notable for combining these armor depending on which they found flexible.

What heightened the interest of historians was their lack of shields. Historians believed that because of the armor they wore, they felt protected against the flying arrows.

The Sassanians also inherited the Parthian technologies. A Persian armor had a helmet inspired by the Parthians. It was made from two pieces of plates attached with two iron bands which were riveted together. They called this the ridge helmet.

As for their horses, armorers created scale armor over a leather base to protect the sides of their horses. They made it in one piece and a head armor was connected to it.

In the middle of the armor was a space for the saddle. Some designs would have an extended back armor that met behind the horses tail. They called this the Bargostvan horse armor. 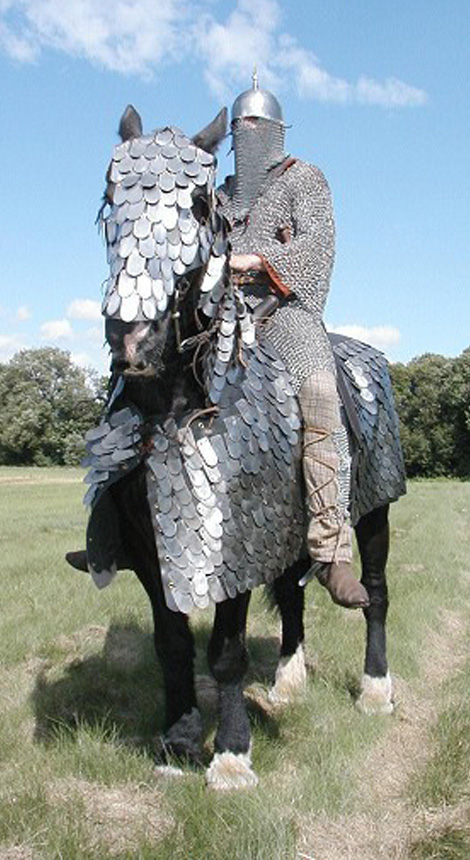 The Persians loved their swords and short spears. But they also used daggers, bows & arrows, and other weapons they acquired from their enemies. They adapted easily and learned from others.

Today, Persian armors continue to inspire those who love portraying Central Asia in ancient times. Though Persia no longer exists, it is one of the most common territories or places added in role-playing games.