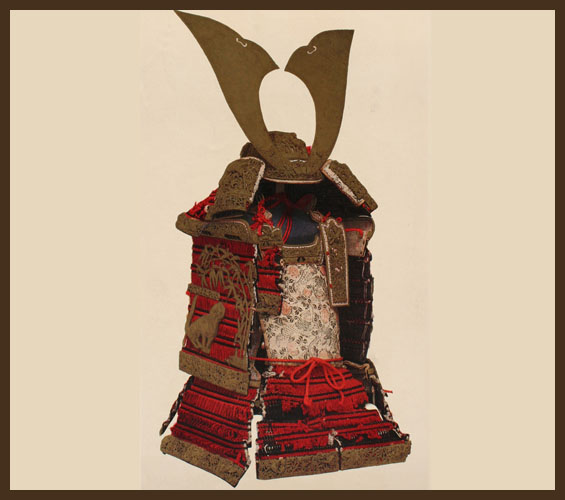 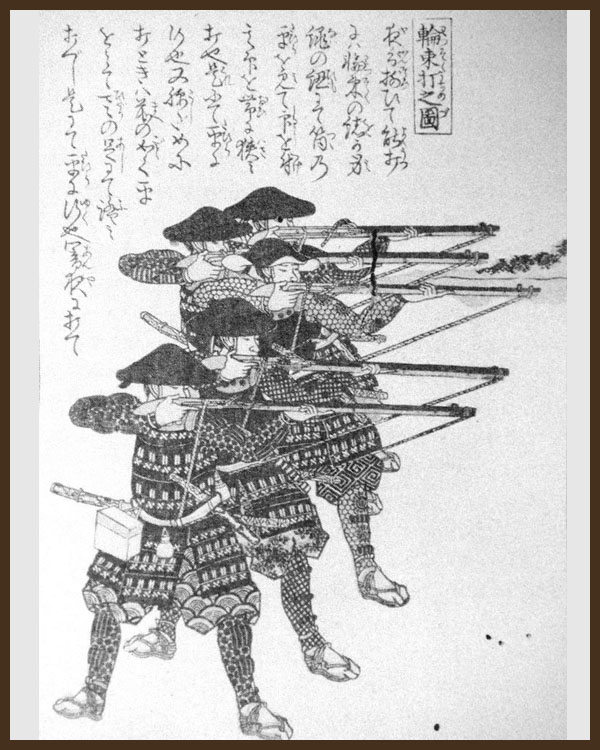 One of the top searchable armor in the world is the Japanese armor. Aside from their aesthetic designs, the stories of these armor and the Samurai wearing them are being followed everywhere.

The best way to classify Japanese armor was by the material they were made of. Another classification would be by the period they were created and used.

In Japan, military tools or Bugu meant objects they use in battle whether for offense or defense. The Japanese armor is one of them.

The Japanese armor didnt only serve as protection, but as a sense of identity and honor to Samurai wearing it. It is passed down from generation to generation.

Improvements were made and elaborate designs were added as well. The preserved armor seen today are examples of how the elite valued well-made pieces.

Basic Parts of a Japanese Armor

Before exploring the development of the Japanese armor, let us define the basic parts that constitute a set.

Kabuto is the helmet that protects the head. Its style and design usually changes over time. A typical Kabuto covered the entire skull, but extended to the side of the face, reaching just above the shoulder.

The Do or cuirass is the part of the armor that protects the shoulder. This covers the front, back, and sides of the wearer.

Kusazuri is a skirt-like extension of the Do that wraps around the waist. It extended to the upper thighs and is directly connected to the Do.

Kote is the arm guard worn for the forearm while Suneate is for the legs. Haidate is worn over the thighs under the Kusazuri.

The earlier recorded armors date back to the Kofun period, which was around 300 – 710 AD. Metal cuirass of this period were made from several plates bound and lacquered.

The first iron armor, Tanko, appeared around the 4th century. It followed the lamellars style and was the first cuirass or Do.

This first Do wasnt easy to wear because the opening was in front. Putting it on needed some assistance and so they had to remodel the next armor.

Together with the Do was a Kusazuri. This came in two pieces which were attached to the Do.

The Do also had shoulder guards or Kata-yoroi. These curved plates were laced together then connected to the neck armor called Akabe-yoroi.

The Akabe-yoroi didnt only protect the neck but also the upper chest and back.

To complete the set, a Kabuto, a pair of Kote, and gauntlets were added. These were all made of scales.

They developed this armor for the horsemen towards the end of the 4th century. Japan discovered a Korean armor from which they based the next style of armor.

They kept major designs from the Tanko, then improved the Keiko to best fit the warriors that mounted horses.

The cuirass looked like a sleeveless jacket opening in front.

It had almost the same set as the Tanko except for the gauntlets. Since most mounted warriors were archers, they needed the flexibility to be able to aim right.

By the 8th century, a Do was made into four parts. To wear it easily,

the front and back part of the cuirass were connected and worn over the head. Two pieces for the left and right sides were then attached. 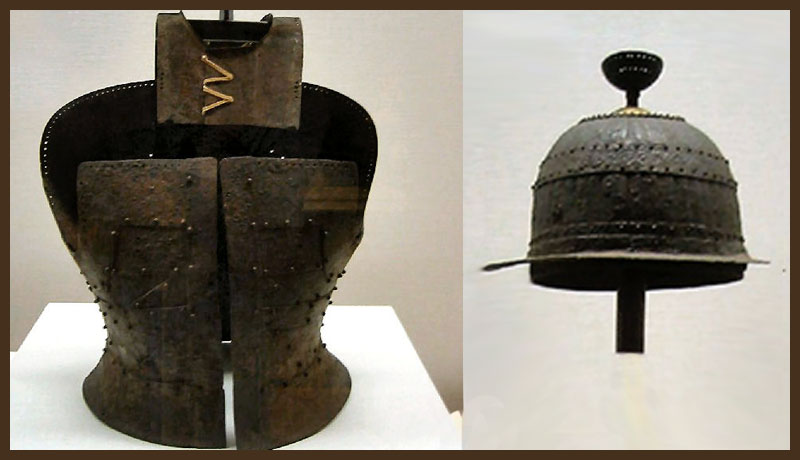 Classical armors were those used between the 10th to 15th centuries. They created these with a new construction technique using slimmer and longer small plates.

The lamellar construction of this period was different. The plates were of rectangular or trapezoidal shapes and have several holes in them. They laced them together using these holes.
The smaller scales provided a fabric-like movement without injuring or limiting the wearer.

The lace was initially made from leather but later changed to silk. This technique was called Kebiki-odoshi and the lames were called Kozane.

Helmets of this period also became simpler. They used bigger plates for the skull base and added plates on the sides. Masks or Mengu began to arise as well.

Of course, all other parts of the armor continued to improve as well. Different versions of the Kote use simpler fabric but with more plates or splints. Some even have a single plate version with a disk protecting the elbow.

Suneate wasn’t used until the 12th century. The first versions were leather-based with metal plates. These were held in place at the back of the leg using cotton cords.

By the 14th century, they also added knee guards. They made them from leather and metal plates too.

As for the Haidate, there came many versions of it. The most popular one, the Iyo Haidate, used the Kebiki Odoshi construction but in the opposite direction. They also looked like tight short leggings when worn.

O-yoroi is directly translated to great armor. This was a modified version of the Keiko.

The armor became the status piece for high-ranking officials who served in the cavalry as archers. It was sturdier but heavier compared to other pieces.

The Do construction changed, too. The front, back, and a side of the Do makes one piece.

The fourth piece, usually the right side, is connected after the wearer puts on the main armor. This right-side of the Do was called Waidate.

The shoulder straps also improved and bigger shoulder guards or O-sode were added. The lacing and stitching also changed.

In some cases, the Dos frame would be a few inches away from the wearer. This provides space for penetrating arrows. The Do alone could weigh 16 to 18 kilograms.

This armor was an improved cuirass for the Ashigaru or foot soldiers. Do-maru translates to “around the body” since this armor wraps around the wearers torso.

This is a one-piece Do with several sections. The front and back are connected on the right side and the connecting cords are on the left. This Do looks more like a vest compared to the box type O-yoroi.

Since these were worn by foot soldiers, they divided the Kusazuri into multiple sections. The Kusazuri were divided into 7 or more overlapping sections that were directly connected to the Do.

After a few more decades, the Do-maru and O-yoroi would change and improve. At some point, there would be a combination of both, and they called it the Maru-do Yoroi. 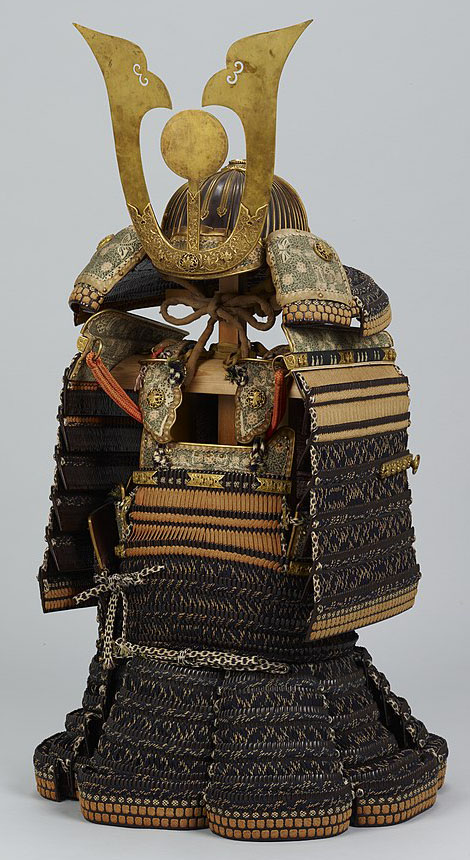 These special Do were built to protect the torso and abdomen. These two types came around the 15th century.

With the abundance of foot soldiers, many opted to use these simple armor over their clothing. The armor protected mostly the front as the opening was at the back.

The Japanese mail armor came to light around the 14th century. These mails were very different from those that Europeans used. Each pattern and ring numbers differed, too.

Kusari, as they called it, wasnt created as armor on its own. They added this to different parts of the existing armor, or as another layer to some. 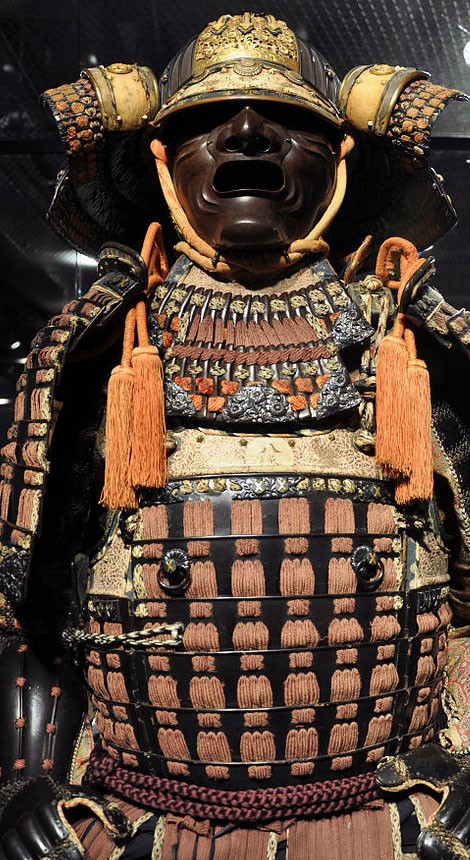 The Sengoku period was the peak of the Samurai. But weaponry improved along with the Japanese armor. The modern armor or Tosei-gusoku, still used the lamellar construction.

But they improved the lacing technique and used fewer lace strokes. They called this technique Sugake-odoshi. In addition, since firearms were invented, some modern armors called Tameshi Gusoku, were bullet-resistant.

This 15th-century armor was similar to a Do-maru or Haramaki. Of course, they constructed this armor using the Sugake-odoshi technique.

It also had a Kusazuri, neck armor, and shoulder guards. All of these were laced the same way.

As mentioned earlier, is a combination of the Do-maru and O-yoroi. With modern techniques and new designs, this was the preferred armor of those in ranks. But this armor followed the old lacing technique instead.

Though they were modern, the feel of the old armor never went away. One could compare an old armor to the new since these looked the same from a distance.

This term was used for other armor that didnt follow the traditional lacing or construction. The cuirass of this armor used clamshell construction.

This new armor appeared in 1550. It used a different construction overall. The cuirass was tube-like and used rivets to join the scales together. Many variants or styles came out of this armor.

Though the other parts followed the basic or typical constructions, the riveted lamellae were obvious on the Do, Kusazuri, and Kote.

When they met a few Europeans, some armorers got inspired with their plate armor. This was the first and only time that the Japanese produced large plate armor.

This design went away from the standard Do of the Japanese armor set and started around 1560.

Though only the Do and Kabuto were constructed of single steel plates. The other parts kept the same construct of what was currently used.

Japanese armor are very interesting to research. Though surviving families preserved many of Samurai armor, they did not make everything public.

Luckily, a few have sold or donated these to some museums.