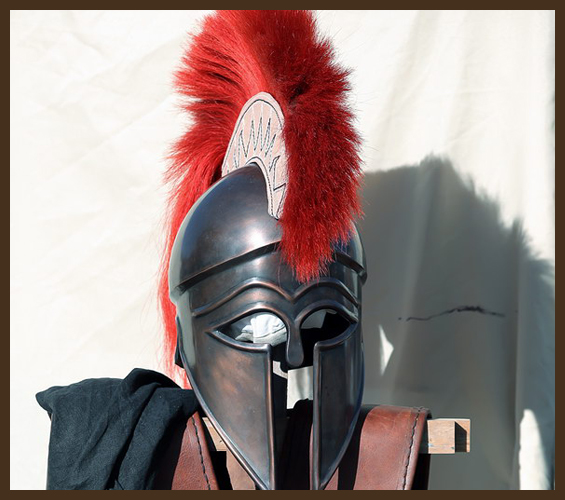 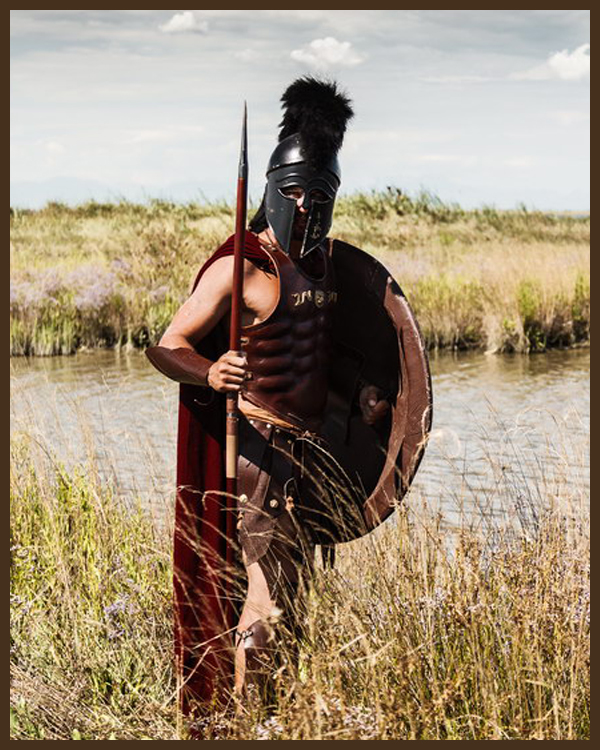 The Spartan helmet is considered the most iconic and popular symbol of Ancient Greece. It’s created to conceal the user’s whole head for extreme protection during battles. Its design leaves a T-shaped opening for the mouth, eyes, and nose.

The helmet was a piece that immediately struck fear in those enemies who saw it. Plus, it inspired pride and courage for those warriors who utilized it.

The symbol of the Spartan means loyalty, courage, strength, and honor. Enemies feared the sight of those wearing the helmet as they positioned for battle with their weapons and shields.

As they headed straight into battle, the Spartan hoplite or soldiers used huge Spartan helmets made from bronze. That also goes for their ankle guards and breastplates for protection. These warriors carried rounded shields made of wood and bronze as well; plus, they wielded a sword and long spear.

Many people know what the Spartan helmet is for. But let’s learn and see why it became a symbol of strength and why it’s still popular amongst enthusiasts today.

Of all the helmets of history, the Spartan helmet is likely the most known in history. It was utilized by warriors around 400 BC and came from Sparta, southeast Peloponnese.

This area was considered legendary for being the most dominant and powerful military force of ancient Greece.

The Helmets’ Design and Appearance

These helmets were primarily made from bronze. The later styles were covered entirely along the neck and head area, with skits for the user’s mouth and eyes.

The Spartan helmets were worn by the Spartan warriors. These pieces were often featured with extended nose guards and pointed cheek areas. For its plume, it was often made using the same material as the helmet itself, and that was mostly bronze.

As time passed, the bronze plumes became bigger and had eventually featured more style. Some of these were even set at the top of the bases, appearing like bars or pins that were rising.

Often, these were intricately engraved with creatures like lions or snakes. Sometimes, they had Greek insignias instead.

The Different Types of Spartan Helmets

All of these were highly efficient and durable to protect a warrior during battles.

The Corinthian helmet is one of the Spartan helmets used in the past.

It came from ancient Greece and was named after the city-state of Corinth.

This specific Spartan helmet was created out of bronze, which was later on covered the entire neck and head.

It featured slits for the mouth and eyes, while a largely arched projection secured the user’s nape.

When the soldiers weren’t in combat, they would utilize the helmet by tipping it upward for more comfort.

Such practice gave rise to several variant forms and types in Italy.

The helmet’s slits were almost enclosed since their helmets were worn like a cap and not pulled over one’s face.

Although the classic Corinthian helmets eventually fell out of use among the hoplites, the Italo-Corinthian versions remained in use.

Its purpose and efficiency were utilized until the 1st century AD by the Roman army. 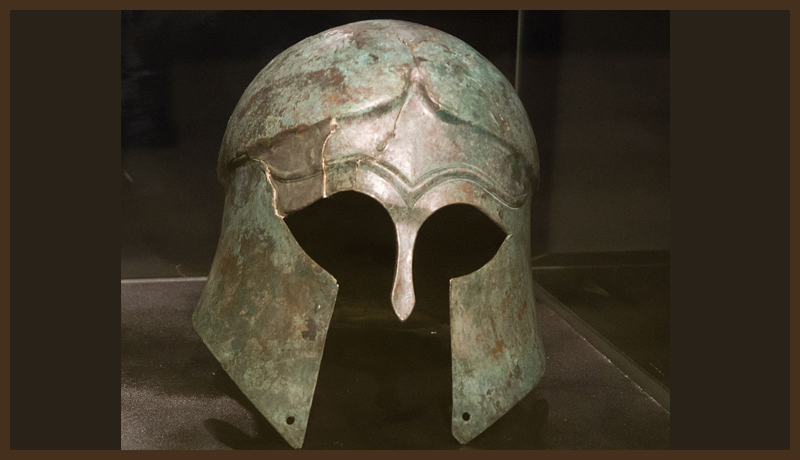 The Kegelhelm, which means “cone helm” in German, was also referred to as the Kegel type. It’s an open-faced helm that takes a conical shape while sometimes featuring extensions along the sides to protect the cheeks. At times, it featured a crest-holder at the top.

This specific type of Spartan helmet was made of bronze, at times, in several different pieces. The Kegelhelm was the forebearer of a lot of Greek helms, especially the Illyrian helmets.

This type of Spartan helmet was called the Greco-Illyrian helmet as well. It was a bronze-made helmet wherein its later styles covered the whole neck and head of the user.

The Illyrian helmet featured an open-face style and originated from Peloponnese, ancient Greece. It was created from 700 to 640 BC.

It was named the Illyrian helmet due to the numerous finds that came from Illyria.

The Pilos helmet is a simple, cost-efficient, yet highly effective Spartan helmet utilized in the past. It was based on the conical hat that had the same name.

This specific type of helmet was made of bronze as well and was often featured with a cone-like shape. Based on a lot of historians, the helmet was adopted by the Spartans by circa the 5th century.

Given the shape and simple form of the Pilos, its defensive tools were easier and cheaper to create. Not only that, but it was highly ideal for the Spartan’s mode of warfare because of its simple, open-faced design. The style allowed for enhanced communication and awareness during battle between soldiers engaged in a tight phalanx.

Additionally, the Pilos helmet was considered as a protective gear utilized by lighter troops such as archers.

Another Spartan helmet is the Chalcidian helmet. It’s another headgear made of bronze and worn by the soldiers from the Hellenic world. This type of helmet was primarily worn in Greece during the 5th and 4th centuries BC.

It was exclusively utilized by Greeks from the southern portions of Italy during the same period.

Looking at its form and design, the helmet seems to have been an enhancement of the Corinthian helmet. With its optimized design, the wearer would take advantage of enhanced vision and hearing. It then resulted in a less bulky, lighter, and more convenient helmet.

The Chalcidian helmet had a hemispherical-like dome. Underneath it, a neck guard and a pair of cheek pieces were set. There was also a little nasal bar for protecting the user’s nose.

This type of helmet could entirely be a single piece; or, its cheek pieces were linked separately via hinges. The latter eased the creation of the helmet, and with that, made wearing the helmet easier.

Often, this type of Spartan helmet featured a hole pierced on each of the cheek pieces. Sometimes, it was positioned elsewhere. It was needed to insert inner linings made from leather. Ornaments like combs were often set at the top of these helmets. 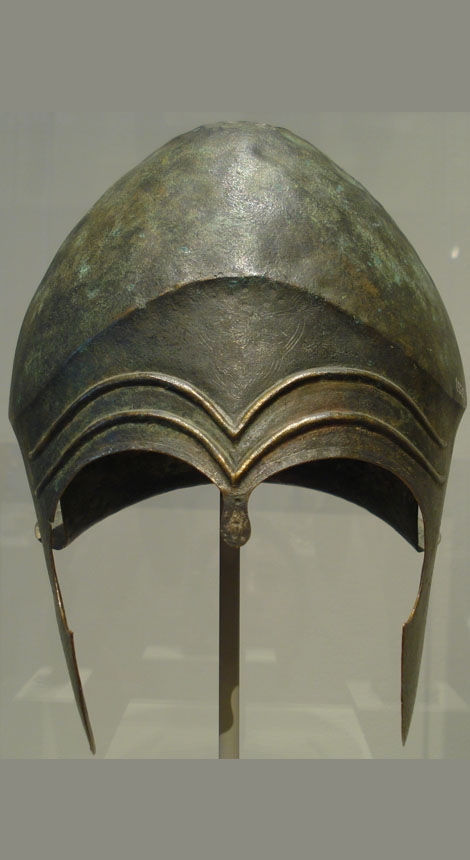