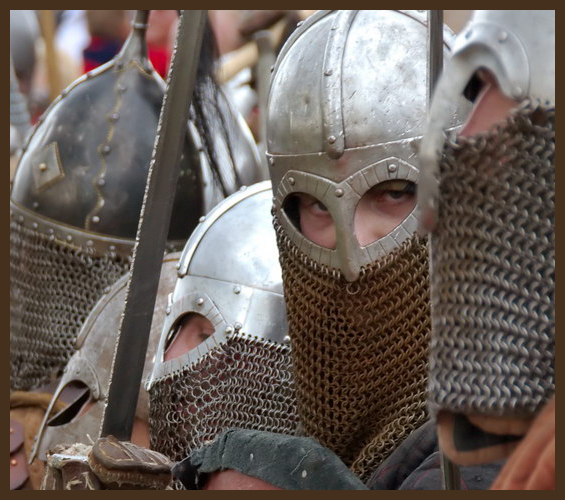 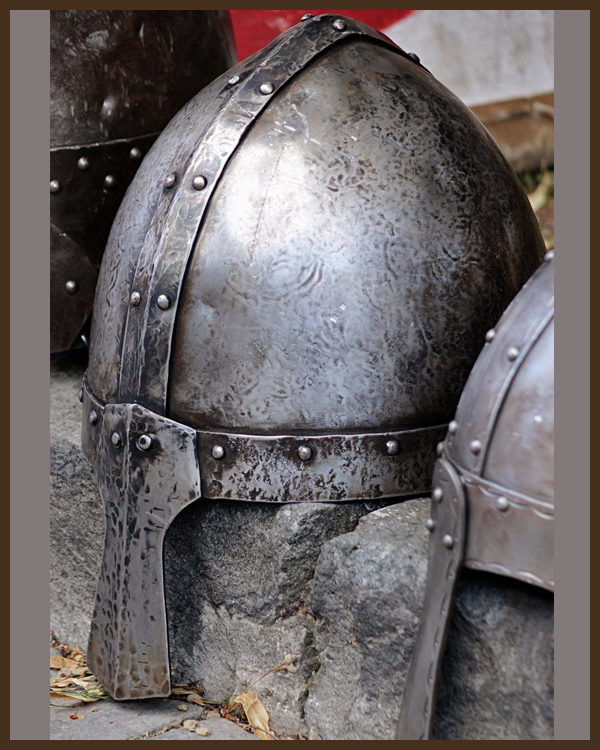 In ancient Europe, the Viking and Norman helmets were the most favored pieces of armor. It was one of the most popular medieval helmets during that period due to its creation, build, and design.

To note, these Norman helmets are of the Spangenhelm types. The term Spangen often means the metal strips that form the helmet’s framework.

These Norman helmets featured a conical shape and were made with triangular sections of metallic plates. Not only that, but the parts were connected in a ring that meets along the apex.

Its nose protector featured a broad form that was adequate for covering the face to an extent. The helmet almost entirely conceals the face, so soldiers had to completely remove it to be recognized.

Who Were the Norman People?

The Norman people were members of the Vikings or Norsemen. These people often settled in areas like Northern France with their descendants.

They were the ones who established the duchy of Normandy, and sent various expeditions of colonization and conquests to various areas. These included places from southern Sicily and Italy to England, Ireland, and Scotland.

The Horned Helmets of the Normans

The horned helmets were utilized by a large number of warriors in history. Protective headgear affixed with animal horns and replicas of it were also utilized, yet were likely worn for ritual or ceremonial purposes.

Popular culture continues to strongly link horned helms with the Vikings. Yet, there is no solid evidence that the Viking and Norman helmets did have horns.

Technically, depicting these horned helmets as accurate has been ongoing since the start of the 1870s. The whole concept of horned helmets was part of the creation of the great Norse myths adopted by the Germans. These people required their ancestral myths.

Various evidence suggests that the Normans likely preferred simpler and more practical pieces. And these were nothing like the horned helms.

It’s also likely that many Vikings mainly regarded these pieces as impractical and heavy. With that, these wouldn’t have survived throughout the centuries.

Norman helmets came in a variety of styles and designs.

Despite this, these pieces went through numerous developments and enhancements throughout the years.

The helmets were favored by many warriors,

and they were considered effective for protecting the user.

Here are the different types of Norman helmets that were utilized by warriors of the past. 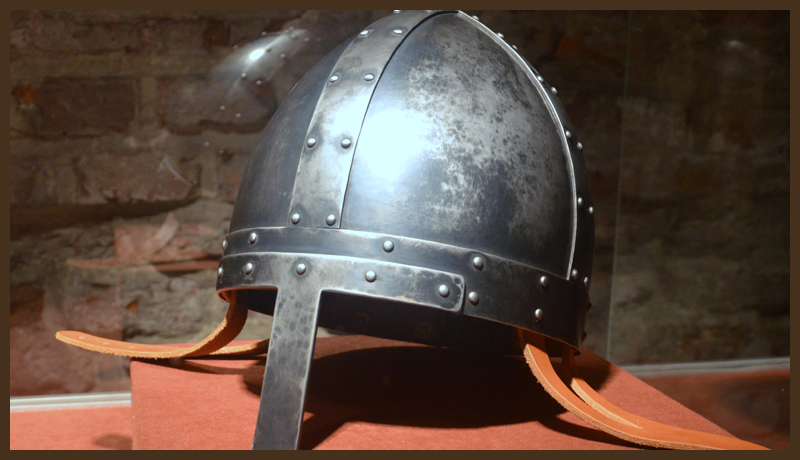 The nasal helmet was a form of Norman helmet described by having a protruding bar that protects the nose. It helps safeguard the center of the user’s face while engaging in battle. This specific helmet originated from Western Europe and was mostly worn from the late 9th century to around c.1250.

The nose guard had a strip of metal that went down from the skull and over the user’s nose. It was a vital feature of the helmet since it enhanced facial protection.

This piece appeared in Western Europe during the late 19th century, and it eventually became a favored item for protection. The nasal helmet eventually replaced the earlier types of helmets that featured the late Roman style because of its efficiency.

Like some other helmets, the nasal helm was sometimes worn over mail coifs. These were used for increased protection along the neck, head, and throat. The coifs could be a mail coats extension, or it could be a separate piece instead.

The nasal helmets appeared to be lined since they featured a couple of holes and rivets along its lower edge.

Often, the nasal portions of these helmets were too large that the user ended up becoming unrecognizable. So to determine who it was, the helmet was required to be removed.

The Battle of Hastings depicted on the Bayeux tapestry featured a celebrated incident linked to William the Conqueror. To show his army that he survived the battle, he was required to lift his helmet. The simple act indicates the anonymity that the nasal helmet offered.

Another popular Norman helmet that was utilized during the Early Middle Ages was the spangenhelm. It was a combat piece with a name that originated from Germany, referring to the metallic strips forming its framework. The term could also be translated as braces.

Upon entry of the 6th century, the spangenhelm became the most commonly utilized design for European helmets. This is due to it being useful and tough for protection against enemy attacks. Not only that, but the helmet was relatively easy to create.

The strips are present to link the steel or bronze plates. Its frame displays a cone-like shape that arches with the head’s form to meet at a point. Sometimes, the front section of the helmet features a nose protector, while the earlier spangenhelm had metal/leather cheek flaps.

Sometimes, these helmets may use mail as a form of protection, which then forms a semi-aventail. There are also a few spangenhelms that have eye protection that resembles contemporary eyeglass frames. These types are usually called spectacle helmets.

There were even some versions that had full face masks for increased protection. 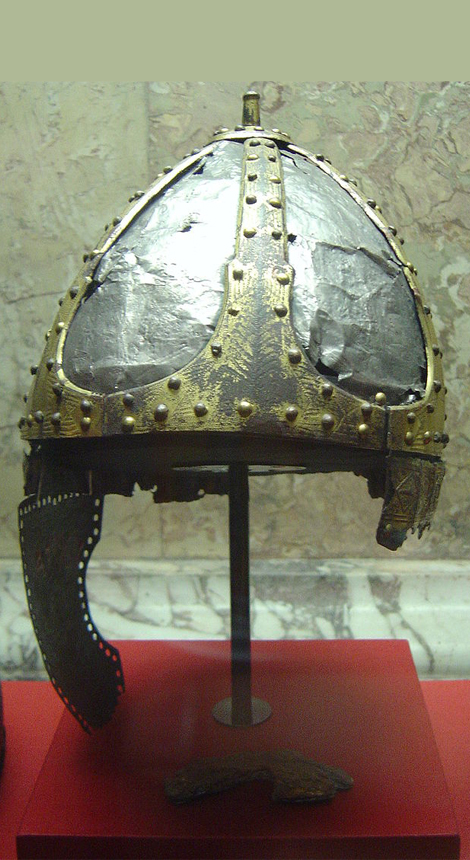 The Gjermundbu helmet is a Viking age Norman helmet that was acquired by accident in 1943. It was specifically found at the Gjermundbu farm located close to Haugsbygd, Ringerike municipality in Buskerud, Norway.

This type of Norman helmet was crafted out of iron and made from four plates. It came with a fixed visor for optimal facial protection. Some claim that chainmail was utilized to protect the user’s nape and side of the neck.

These finds contain a lot of artifacts that have articles of weapons. The Gjermundbu helmet was seen in fragments that were eventually restored.

The acquired helmet was made from iron and took the form of a peaked cap crafted from four plates. It’s now kept on display at the Museum of Cultural History, University of Oslo.

Archaeologists suggest that helmets like the Gjermundbu would have been beyond the means of a lot of Viking warriors. So, it’s possible that high-ranked warriors only used this specific type of Norman helmet.