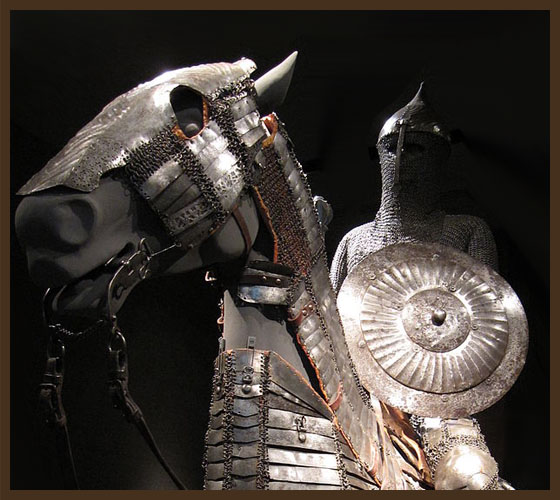 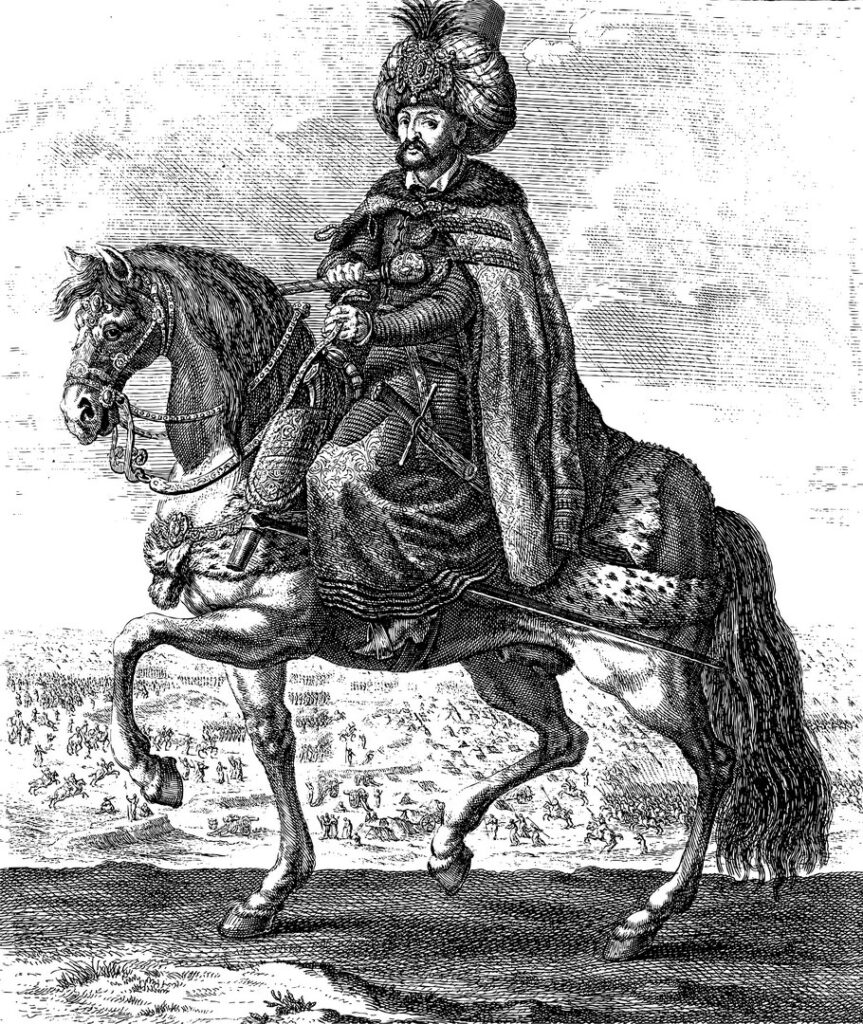 Have you wondered what it would be like to have the opportunity to be a warrior wearing Arabic armor? If it would be listed in your game avatar, would you choose it? Well, Arabic armor is generally also called Islamic armor.

History has recorded the Arab Empire to be one of the best in the world. Known as the Caliphate, the Arab Empire flourished from 632 to 900 C.E. The 300 years of ruling of four Caliphs, expanded their reach beyond the Arab peninsula.

The Arabs expanded until France, China, Anatolia, making it was one of the largest empires in history. It came to an end when World War I defeated the Ottoman Empire or the last Arab Empire.

The medieval period lasted around the 5th to the late 15th century. During this time, the Western and the Eastern countries clashed with the European knights.

And part of the middle east were the Arabians, who at that time were mostly Muslims. Muslims are those who practice the Islam religion.

At that time, Europeans collectively called them the Moors. It pertained to Muslims, especially the Arabs, but also extended to those who came from Spain and North Africa.

Moors fought together with the Turkish warriors to defeat the Eastern Mediterranean. This helped them create a strong cavalry. Most of the wars were against the Byzantine Empire but others were rebel Muslim groups or countries.

Each ruling Caliphate would face different opponents according to their area.

While one had Turkish allies, others had Africans and Syrians. This was when the Caliphate in northern Algeria fought with Egypt.

One of their strongest empires, the Ottoman Empire, even fought against the great Mongol Empire.

Because of this, their strengths and tactics grew. Their strategies developed effectively during the battles.

One of those strategies was their armor. Talented imports, slaves, or hired groups brought with them new ideas for the Arabic armor.

Their armor was styled differently and was lighter than the European armies. This helped lessen the burden for the Arabs. It also helped them gain more speed and flexibility.

However, it was quite difficult to find the real representation of these images. That was because of the long history of the Arabic armors. Some were only distinguished from Crusaders by a symbol on the shield.

Nevertheless, some pieces of the attire were formed as their typical armor. Most were because of their Islamic practice. Thankfully, museums are a good source of seeing the actual image of these armors as well.

Aside from their religious Islamic culture that symbolized their faith, the Arabic armor symbolized status, stealth, and power.

It was designed for its flexibility, and it has a beautiful surface pattern of writing engraved on it.

Most of these armor were seen in museums such as the Metropolitan Museum of Arts. One would see similarities from the armors of Turks, Iranians, and Indians.

That is because they have seen them during their battles. Others became slaves who worked to make their armors.

Others were hired cavalry who brought their armor with them.

Even so, people have commonly known Arabians with colorful desert clothing. They wore these around their head and body, which helped distinguish them.

Aside from their desert clothing is the Talismanic shirt. It is Indian inspired by gold and colors on cotton. They usually wore this over their armor. 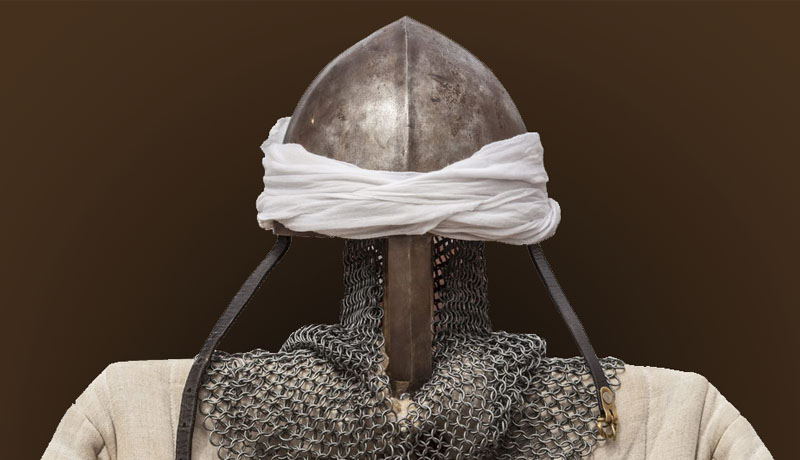 The main body armor for the Arabs is similar to the European hauberks. A chainmail or mail armor was composed of thousands of tiny metal rings. These were put together to form a tunic or a full bodysuit.

They wore the chainmail over clothing or paddings and then under their standard Arabic dresses.

Some mail armor found had either torso or abdominal plates, too. A few preserved Arabic armor were made of mail with plates covering both the chest and the back. The ring sizes differed, too.

But in general, mail armor was the common choice for a wealthy Arab. Many believed that the majority of the cavalry wore padded leather armor instead.

One example of a complex mail armor was the Mughal shirt. It had a steel plate covered with Quranic inscriptions with the names of gods. These were written from the front and backplate of the shirt. It looked like a coat of chain mail and had a designed foliate ornament and gold leaf.

The Arabs didnt limit themselves to mail armor. Preserved plate armors were also found to belong to them.

One was a lamellar cuirass that covers the torso. The plates were framed and heated repeatedly to give a wavy pattern in gold with birds and vine tendrils. They were then chiseled with cartouches and talismanic inscriptions as well.

Others were made of bronze, leather, and bamboo scales with a lace. High ranking officials in the army would have theirs made of iron and steel.

One-piece large plates were also part of the Arabic armor. Many of them were made for the front, back, and side of the wearer. Some were circular and with pectoral disks. A chain mail or leather strap holds it together.

Many of them were rectangular with leather straps, too. They are called char-aina or four mirrors in Persian.

They were also inscribed with mystical verses or a cursive Arabic script. Oftentimes, Arabs wore this on top of their mail.

These plates protected the shoulder and the torso of the Arab soldier. The plates would usually come with inscriptions or symbols. They based this on either their Islamic or battle beliefs. 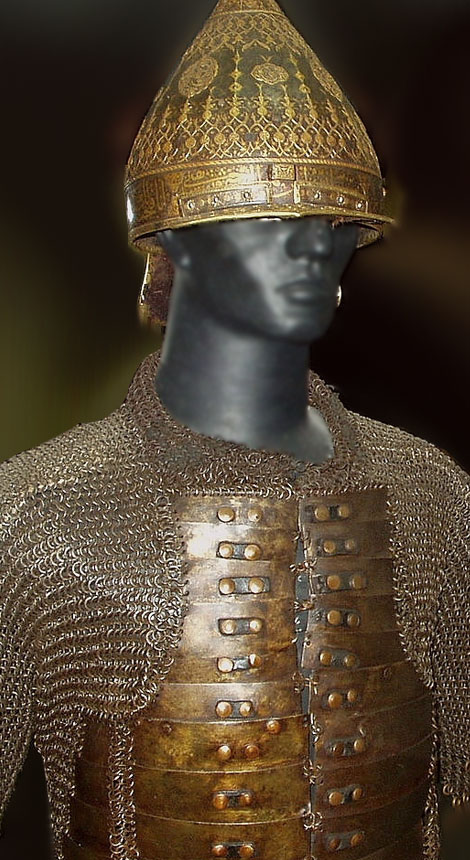 Helmets and Other Body Part Armor

Bayda egg helmets were made out of iron and composed of plates like the bones of the skull. The edges were joined together with nails and sometimes with only one piece on top. Most were like conical helmets, and they usually put their Turbans over it, too.

Arabic helmets may or may not have had the nasal bar. Depending on which time and Caliphate a soldier belonged to, the helmets differed. What was common was the conical shape and the side face protection.

Under the helmets were the Mighfar mail, which protected their face, neck, and shoulders. Similar to a mail coif, they made them with metal rings joined together. It was worn under a helmet.

Other documented body armor were particularly for the thigh and knees. One thats currently preserved in a museum consists of eight columns of small, rectangular plates.

It overlapped upward to cover the thigh. This had a large circular plate to cover the knee and was connected with mail on each side. 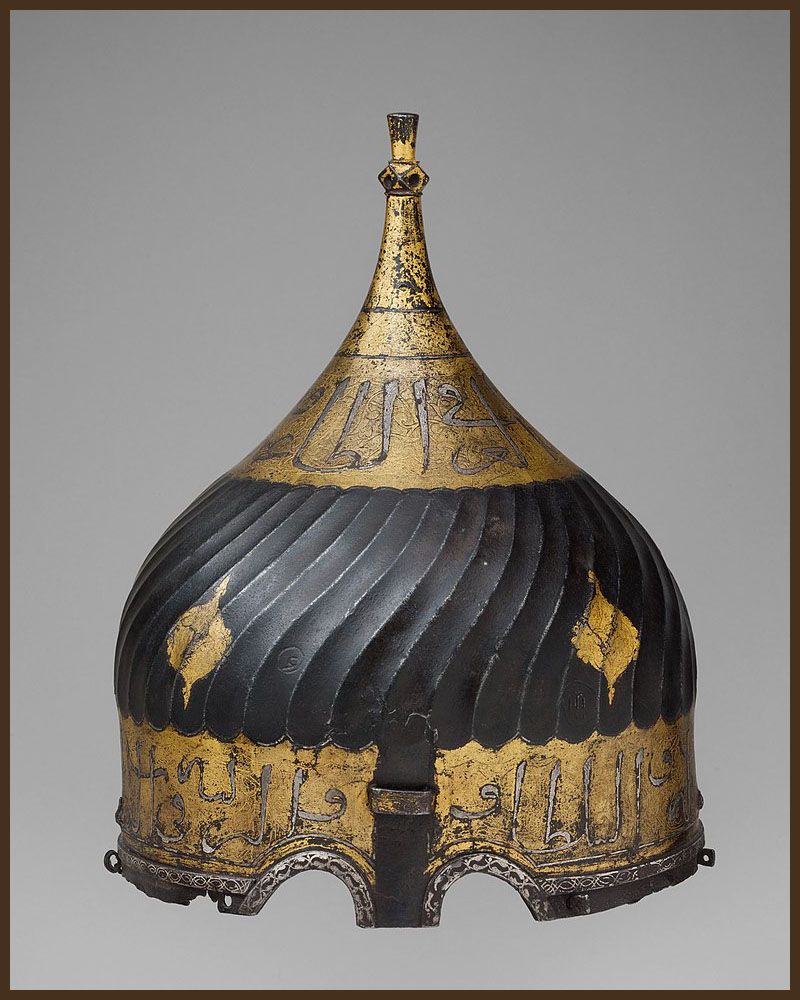 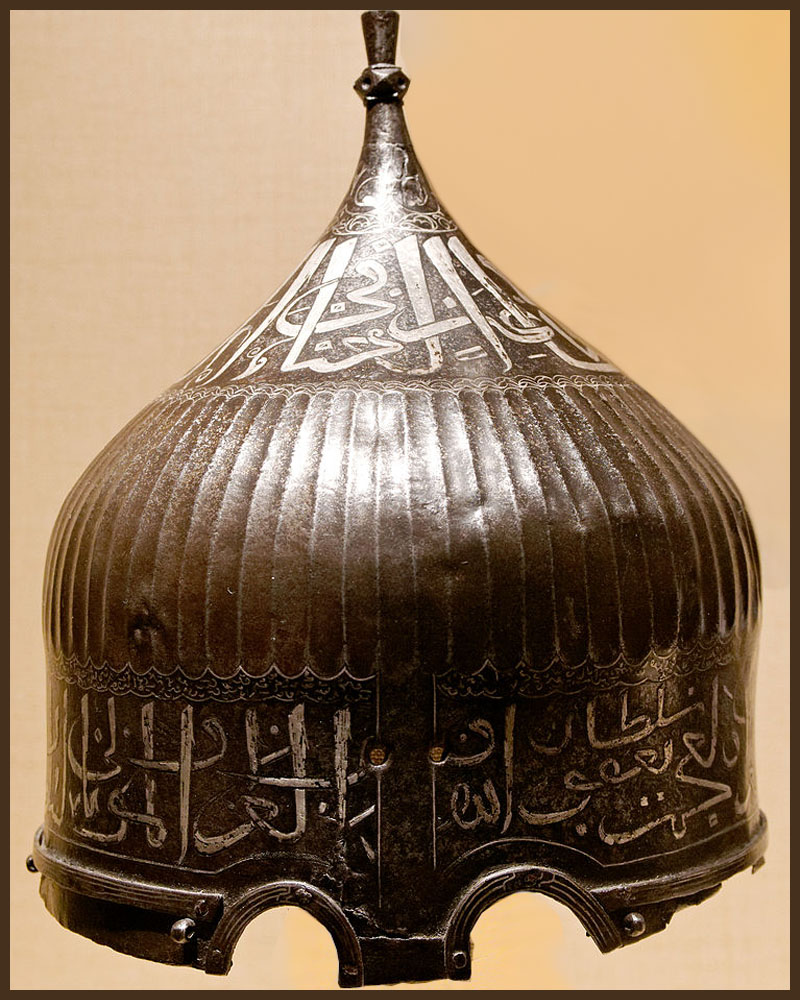 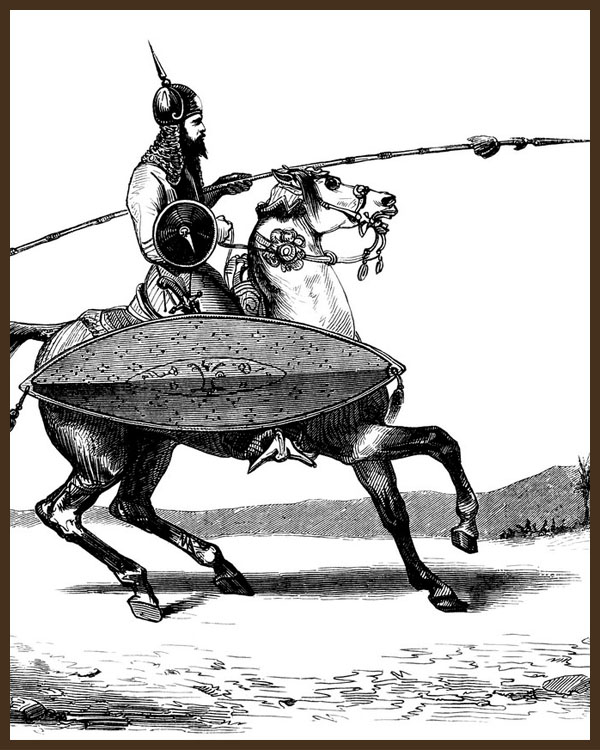 Of course, to complete the Arabic armor ensemble, protection for the legs and foot is necessary. Arabs designed their greaves with holes patterned to a flower petal or leaf. The central plate of each reached over the calf and ankle.

Composing of three plates, the biggest one protected the shin. Attached to it through straps or mail, were two smaller plates on each side. It then covered the side and almost the back of the leg, then leather straps then bound them together.

The Arabic cavalry wore boots most of the time, mainly because they dominated a sandy peninsula. With that, covering the entire feet was a need. Second, these boots would fit a small weapon inside.

Other dug up armor also showed that some had thigh protection. So for the legs, they wore chausses and then boots. Over the chausses, they wore Ran, their version of cuisses. They may have multiple layers but that also guaranteed protection.

Arab warriors matched their armor and weapons with decors and inscriptions. Some colors, ornaments, or gems were also set upon it. The Arabs had a complete armory in their golden years.

Some of these weapons were daggers, swords, spears, and shields. One shield was called the Adarga, an Arabic term for el-darakah which means a shield. It was made out of wooden tur and shaped like butterfly wings.

It had two oblongs with their longer sides overlapping. Some were also round with a divide in the middle.

In Arab, Mujaffafat al-khayl means heavy cavalry. A heavy cavalry pertains to those who ride the horses. At that time, these horses were protected, too. They had quilted covering or lamellar called a Tijfaf or Bargustuwan for their body. If they had an elephant, they wore those, too.

These Arab empires have defined uniqueness in their way. Their strategy of making their armor did not only protect them as warriors. It has also inspired other countries to follow the same characteristic.

History was not only just stories, for they were an influence before and in these present times. Arabic armors can be seen as an example of this now.