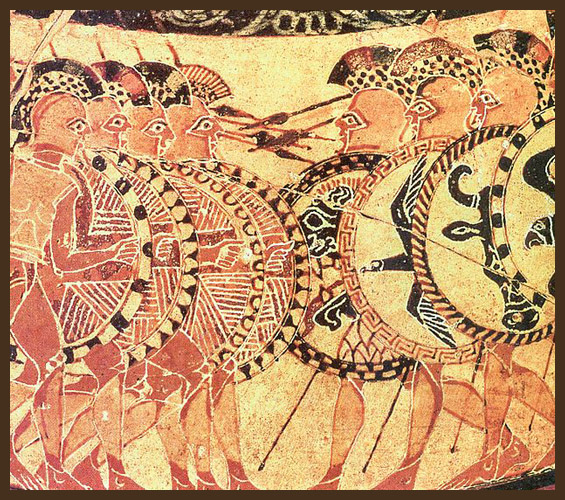 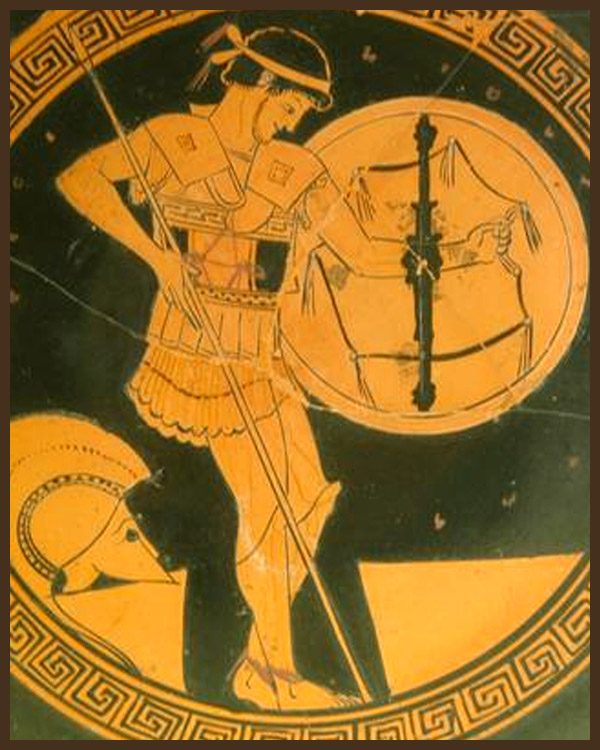 The Greek Gods are among our common movie and fairy tale themes. These Olympians are often portrayed in great Greek armor, costumes, and weapons. But the question is, was this how the Greeks were at their time?

Many would probably think that they all looked like Spartans. People called them the greatest military men of the Greeks since Sparta was one of the prominent ancient Greek cities.

On the other hand, were the Hoplites who were Greek volunteer soldiers. These 23re all regular citizens from Greek cities who take arms whenever theres a campaign. After each battle, they all went back to their occupations.

The most common type of armor they wore was the linothorax because it offered good coverage. Linothorax was the modern day term for a breastplate made of linen. It was mostly made out of fabric and sometimes with metal.

A Greek armor wasn’t just all that. A helmet, cuirass, shield, and pair of greaves completed a Hoplite’s armor.

Each Hoplite also has different weapons. Those who have money to buy more supplies wear thick bronze padding and a helmet. They would usually have bronze helmets, a garment from the shoulders to the hips, and a short iron sword.

Meanwhile, the farmer Hoplite wore no armor. One would hold only a shield, a spear, and a helmet.

Sometimes, wealthy Hoplites would have armors made of stitched fabrics with animal skin. Other upper-class Hoplites had bronze breastplates and a bronze helmet.

The model of the helmets differed over time. The helmet consisted of 6 pieces. First was the hat that outlines the head. Next was the falos, a metal ridge that’s built to protect the crown.

While lofos or crest was generally made of horsehair thats added as a tassel. The last parts were the visor, the cheek pieces, and the neckpiece.

The Mycenaean Greek helmets were made of a tusk of a boa, which they wore in the Trojan War. It was too heavy and not flexible enough for a foot soldier to make rapid movements.

Another type of helmet was the Peloponnese Illyrian helmet from the 7th century BC. The crown’s composed of two parts joined together. This provided extra protection from the two ridges running down on either side of the seam.

Soon, face-covering helmets started in the Greek armor history. They designed them to shield the head from direct impacts. Although these helmets are with eye openings and mouth slits, the wearers bear a ton of inconvenience.

A cuirass imitated a body of muscles. They created them to act as ancient Greeks protector of the torso.

It was hinged and buckled on both sides. They were kept in place by leather straps over the shoulders from behind and fastened in front by a belt.

The development of an athletic body was a matter of rank and reputation for the upper classes.

That’s why the cuirass’s design was to intimidate enemies by the way that it was shaped.

In addition to the cuirass, flaps of leather with metal were around the thorax. It served to protect the soldiers hips.

It gave security around the groin area but it made moving difficult for the soldier.

The cuirass was the second most significant piece of equipment next to the shield. Having to wear bronze cuirasses was once for the elite.

The poor soldiers would wear armor made of linen.

Most of those buff bronze cuirasses were reserved for rich warriors. Although, it said that in the Greek armed forces,

there’s only one bronze cuirass for every 10 soldiers. Those who could afford would usually have iron cuirass. 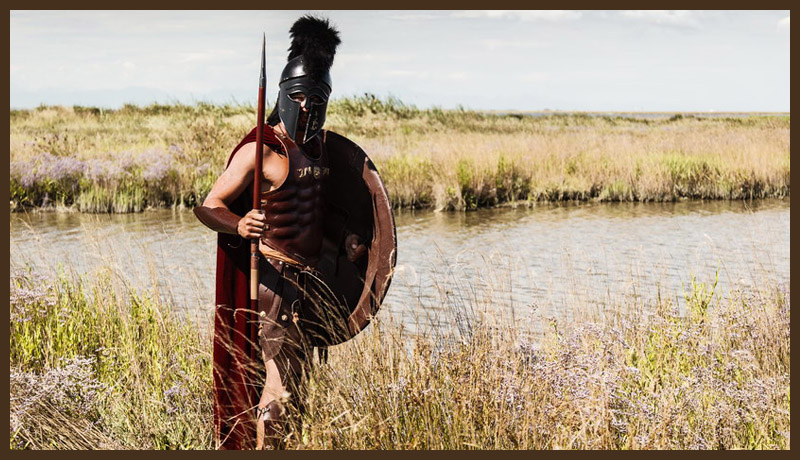 The shield or hoplon was the most precious Greek armor. The Greeks strategy of fighting was by their strategy phalanx. This involves using the shields collectively to protect every soldier. Together with a spear, a group of Greek Hoplite or Spartan can advance towards the enemy.

The shield was made of bronze-covered wood. The interior is made of leather and it weighed about 8 kg. The metal used was pricey, so they used only thin metal covering for the shields.

There wasa strap in the middle of the shield and a handle on the right side of it. Often, fabric was placed on the shield to absorb arrows that were trying to penetrate under the shield.

The Greeks also engraved the shields with animals or something representing power. It was popular for Hoplites to draw beasts on the shields of legendary creatures. A gorgon’s head is an example.

The Spartans used their city’s Greek letter for Lambda as a decoration. The Messenians use the symbol of Messenia for their shields. While the Thebans had a club as their symbol. Each Greek regional unit at that time had its own way of designing their Greek armor.

Greaves, or Knimis in Greek, are leg guards that protect from the knee to the ankle area. It is made of lightweight metal and padded with felt, leather, or linen. Its held with straps or buckles at the back of the leg. They’re often decorated with a wide range of patterns.

The bronze greaves were one of the most basic pieces of Greek armor. They did not cost as much as the breastplate did. The greaves were also designed to suit the person using the leg guard and the cuirass.

Though the weight of the greaves was not the problem, they were hard to use because of its stiffness. Top parts of the greaves would likely bruise the knee or the lowest part of the thigh when stretching the leg. Furthermore, the greaves could fall and prevent leg mobility.

The architecture of the greaves slightly evolved. In the late 8th century B.C., in favor of more precise modeling, they disposed of engraved decorations on greaves.

Greaves were more suited to the anatomy of the lower leg of the soldier from the 7th to the 5th century BC. The greaves protected not only the shin, but also most of the calf muscle and the knee.

By the 6th century BC, bronze smiths succeeded in making a more malleable metal. It helped to make smaller holes drilled for the laces keeping the greave in place. Later on, someone developed a one-piece greave without straps or laces.

The Greek armor evolved according to the people who needed them. As you can see, the Greeks didnt just fight against non-Greeks but among themselves, too.

Remnants of their stories were written down together with the stories of the Greek gods. Truly, a good history makes a good story. 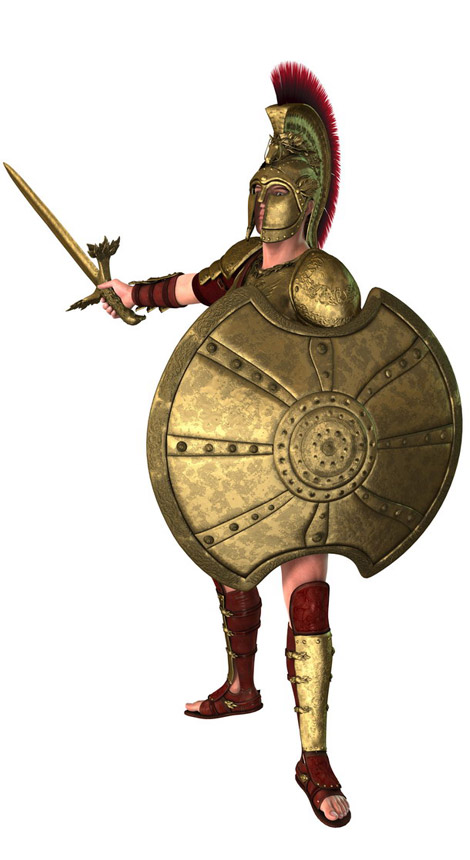